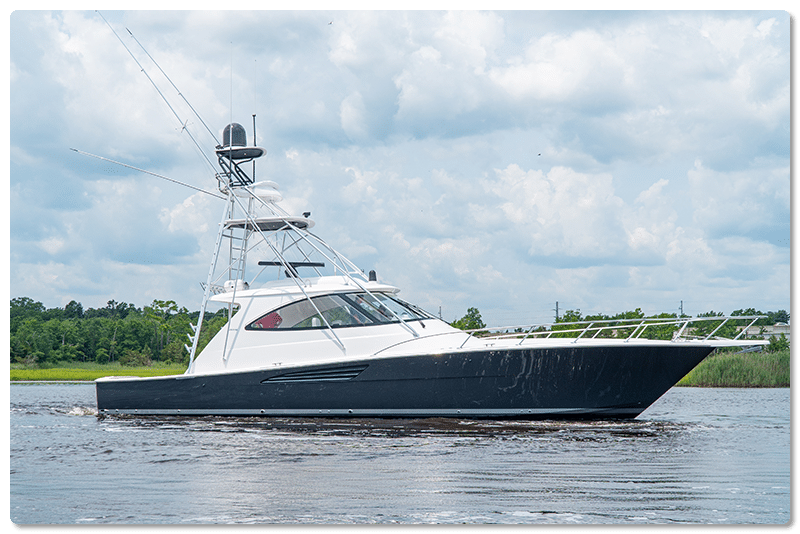 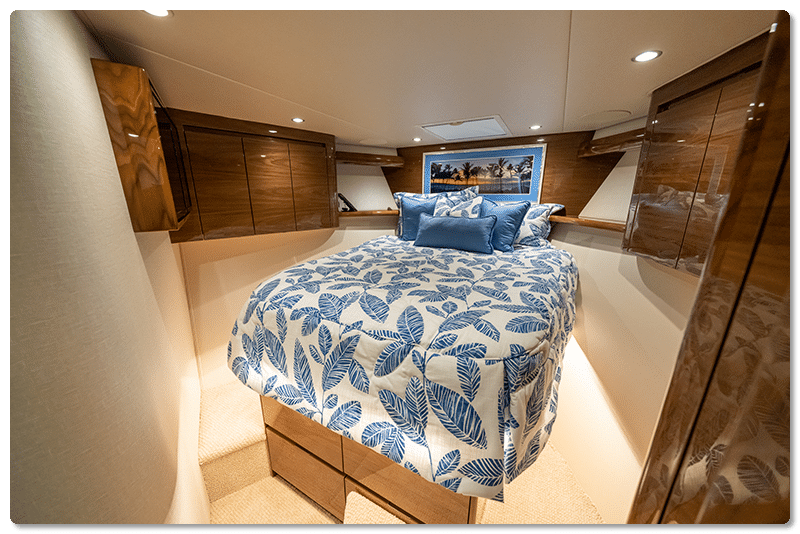 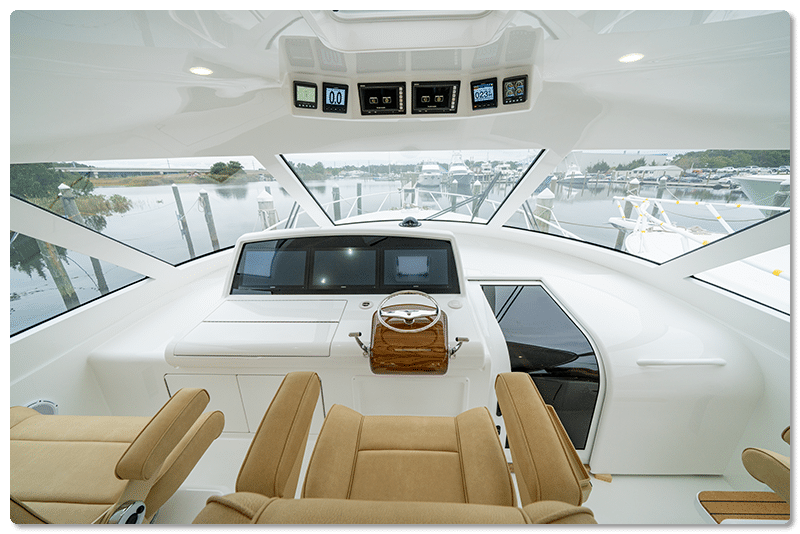 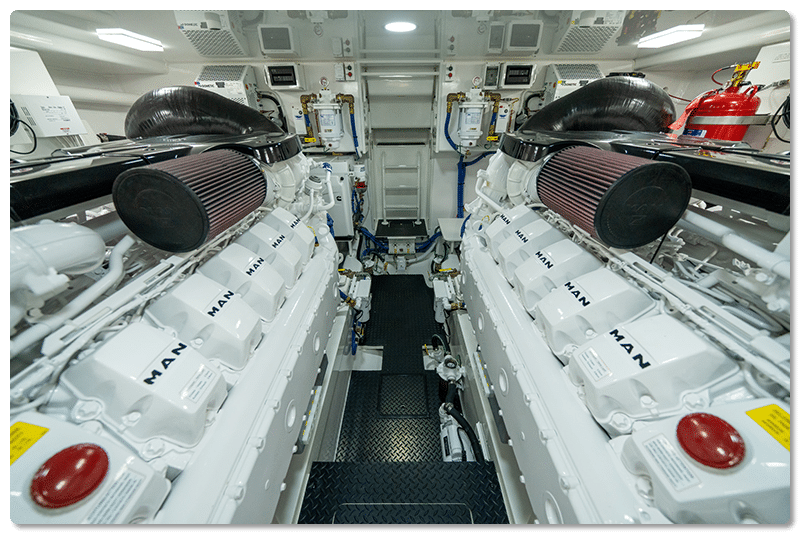 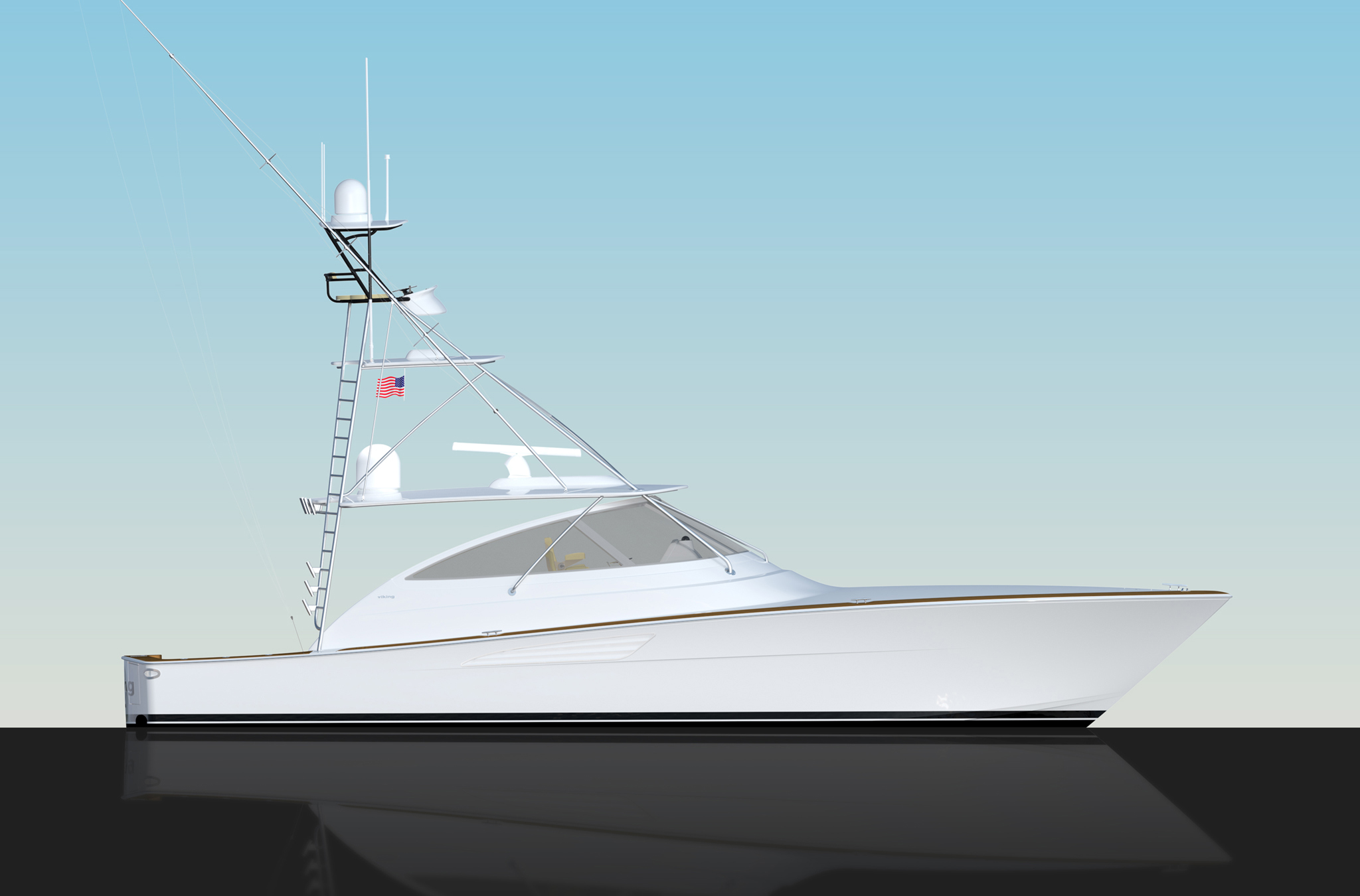 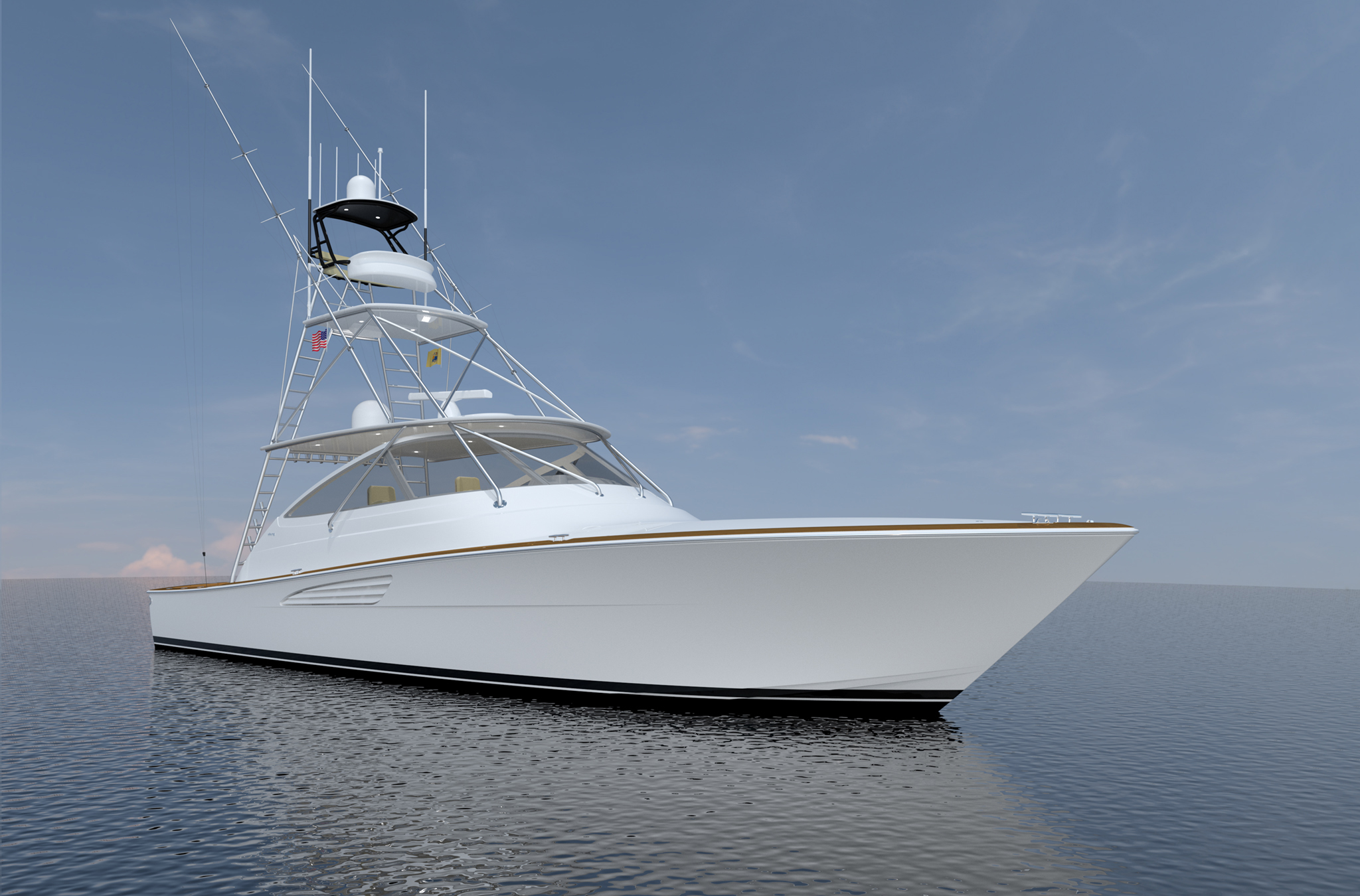 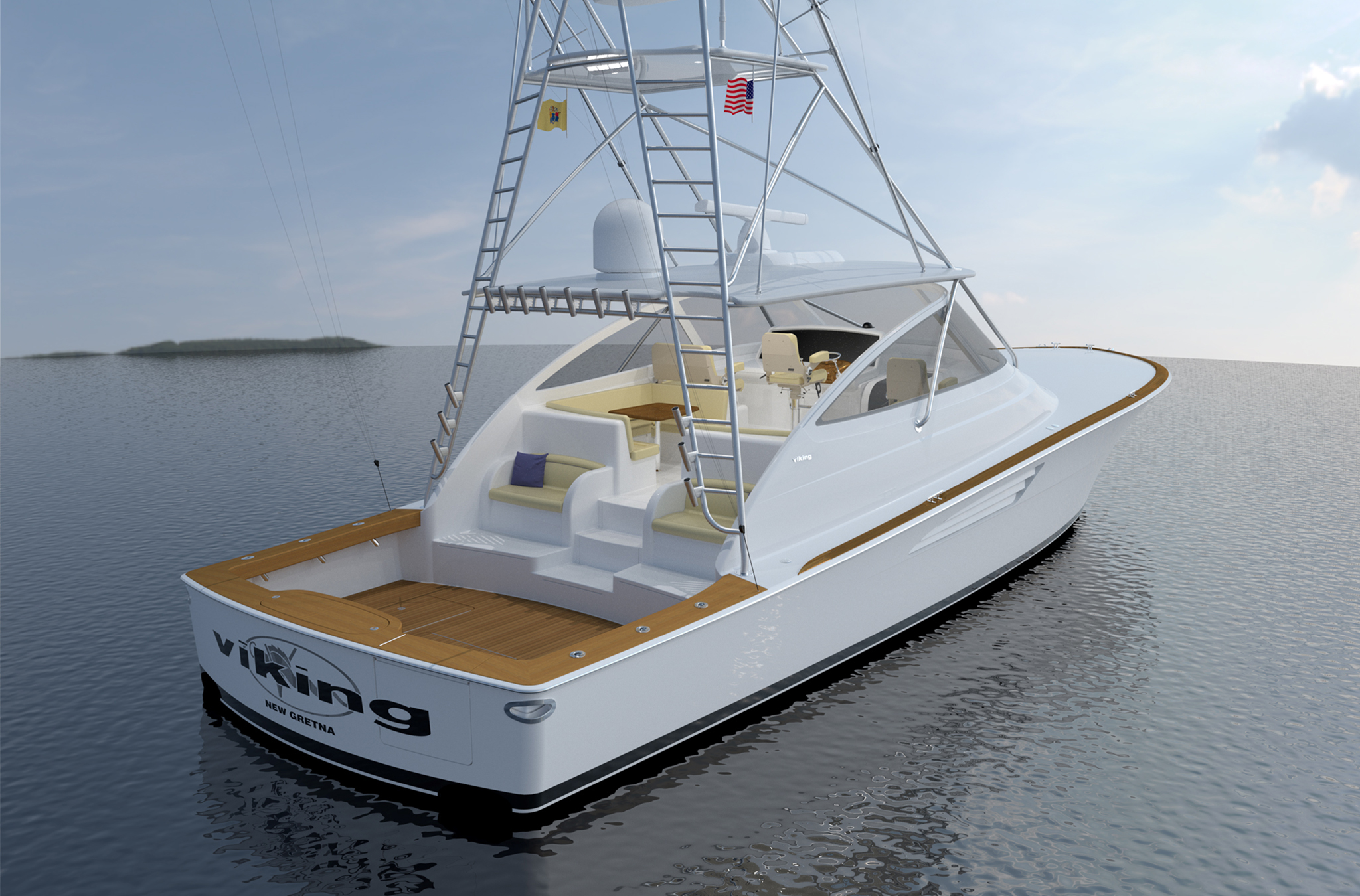 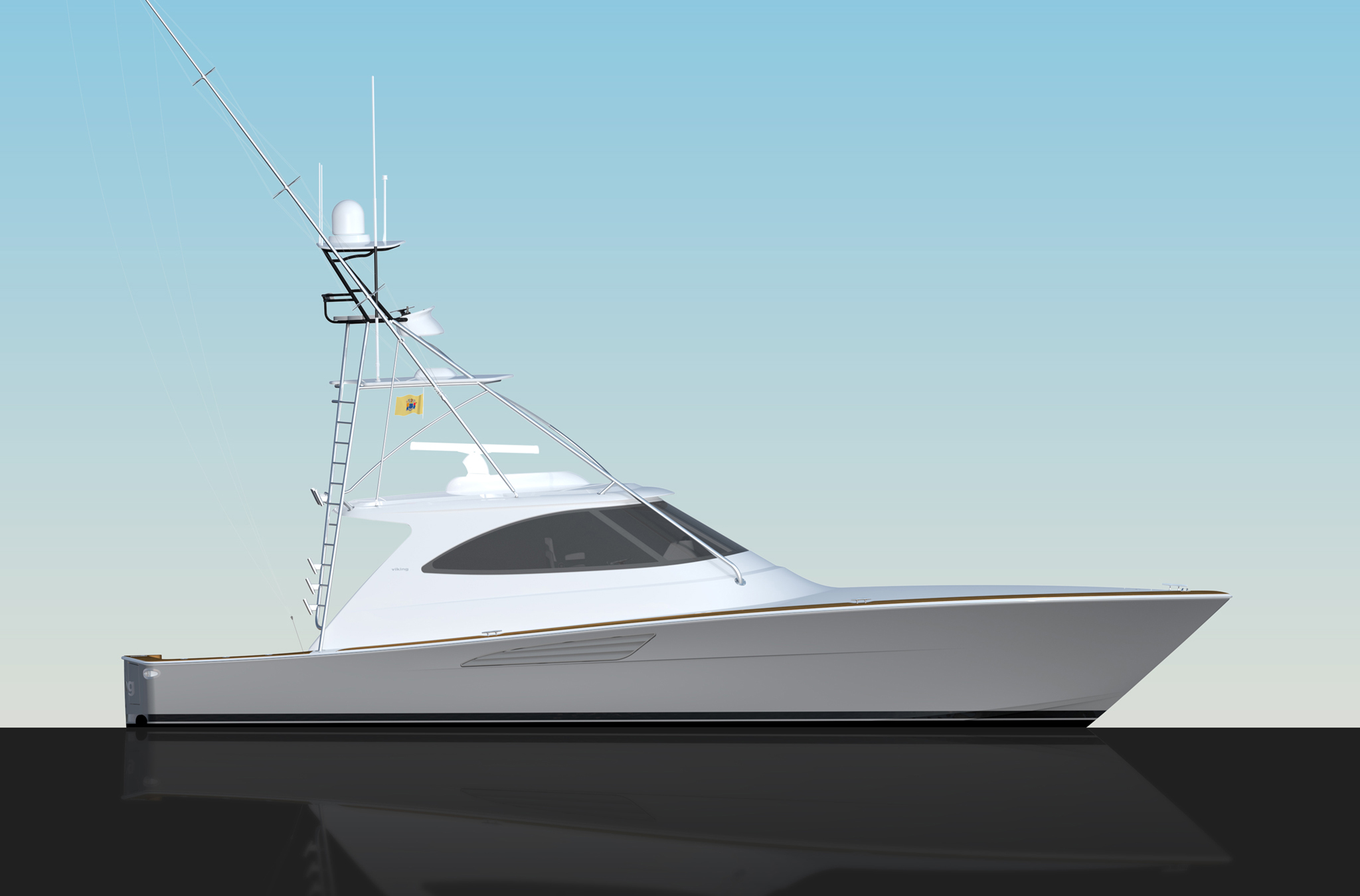 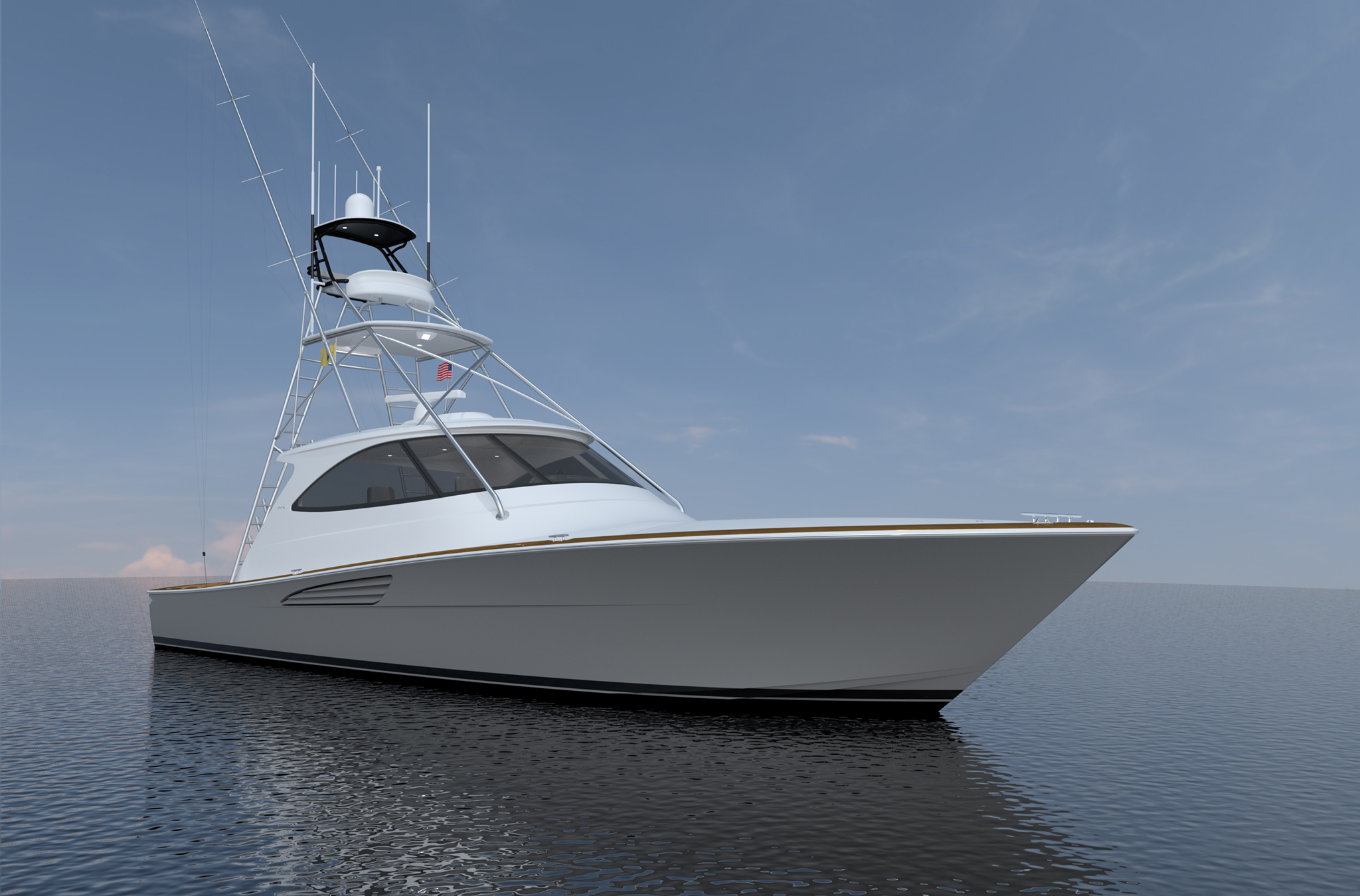 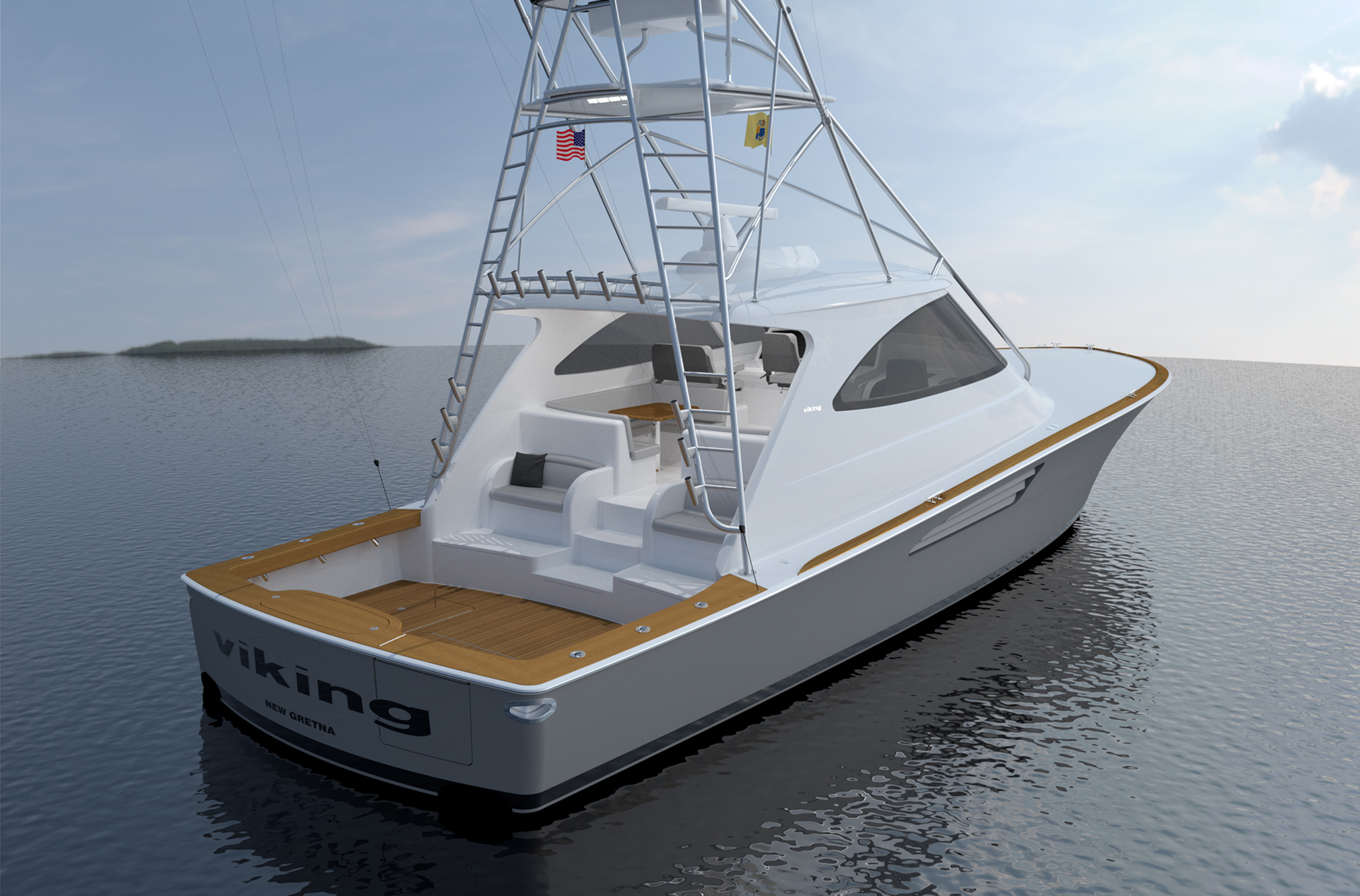 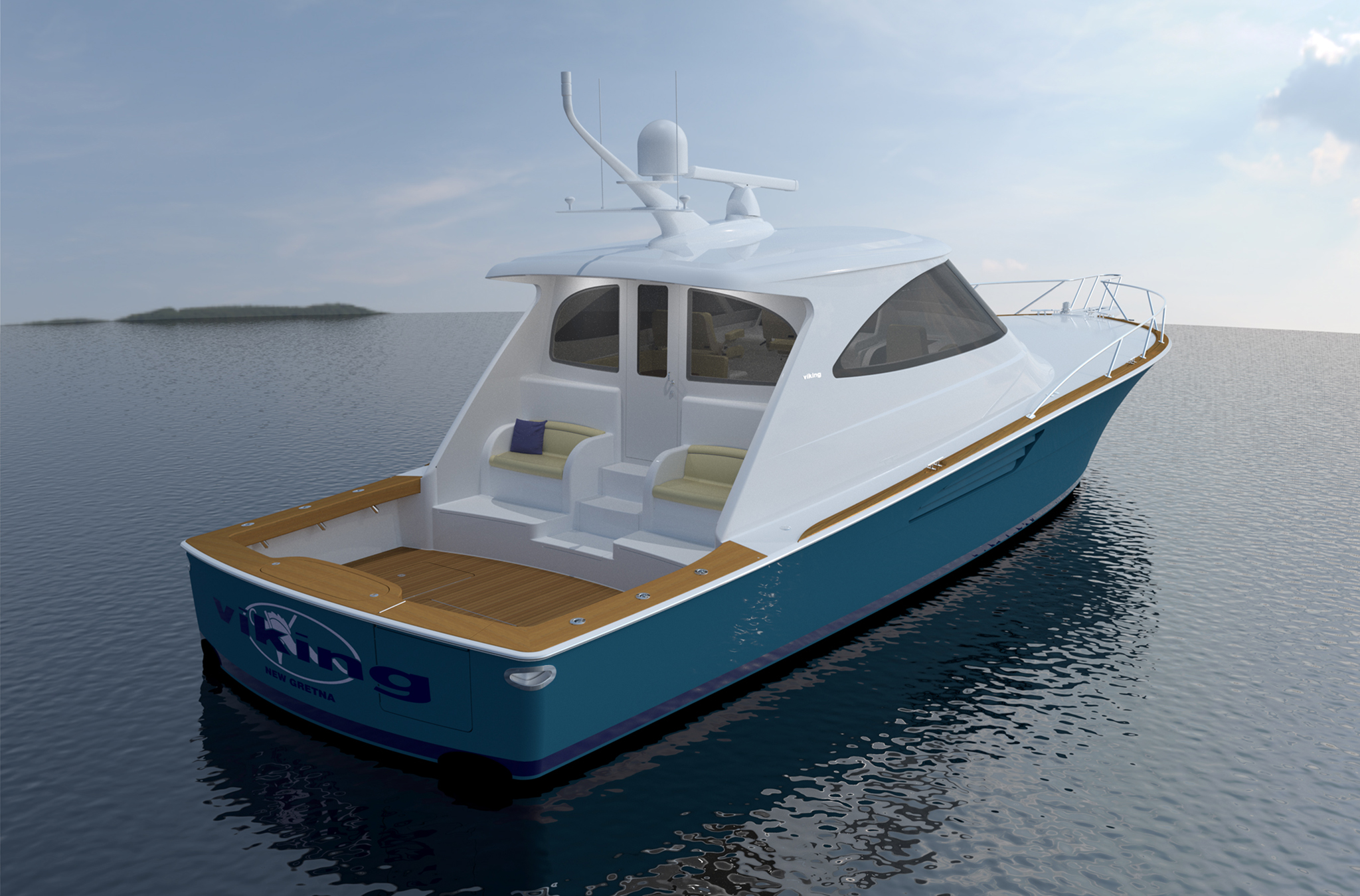 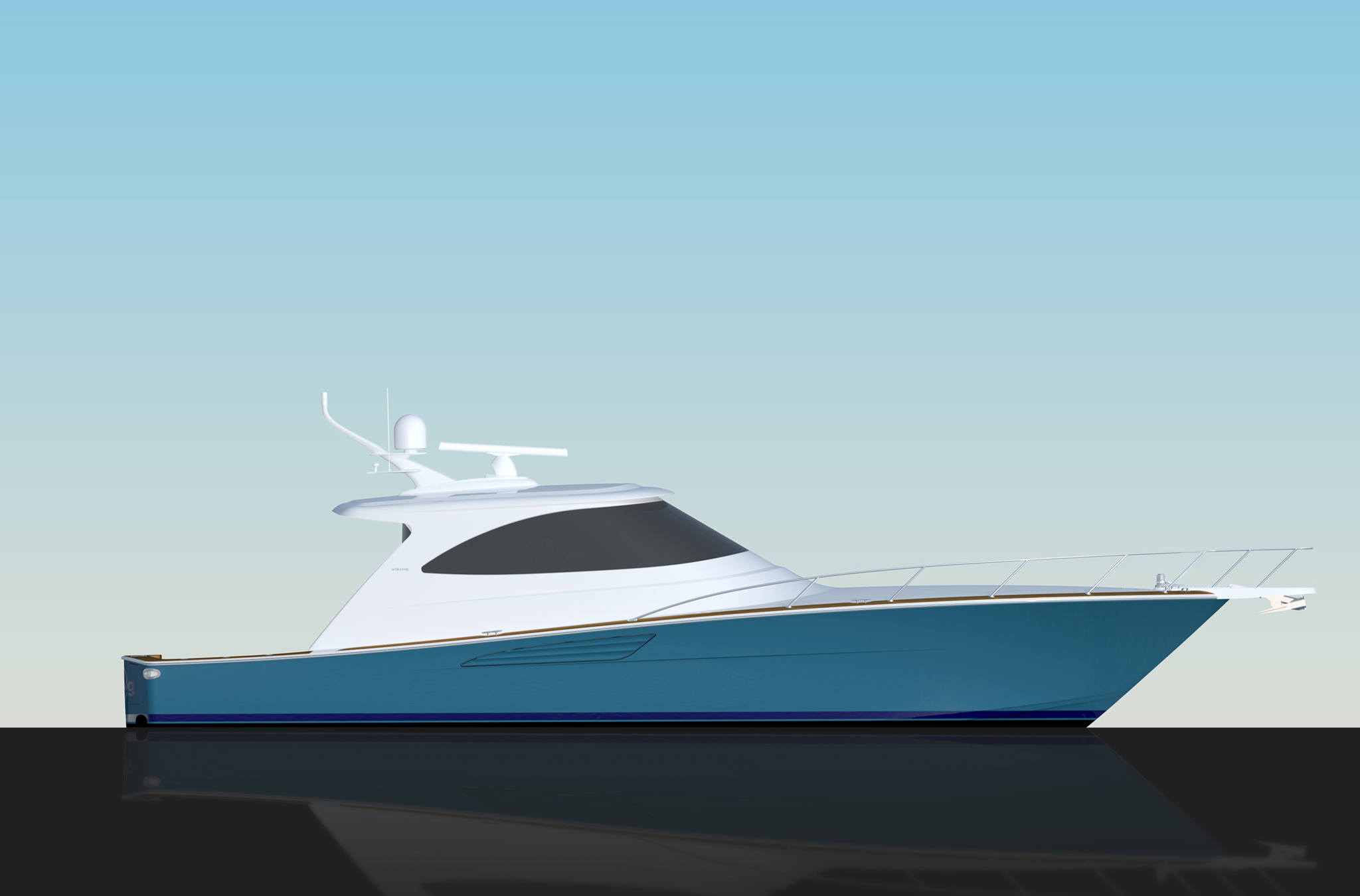 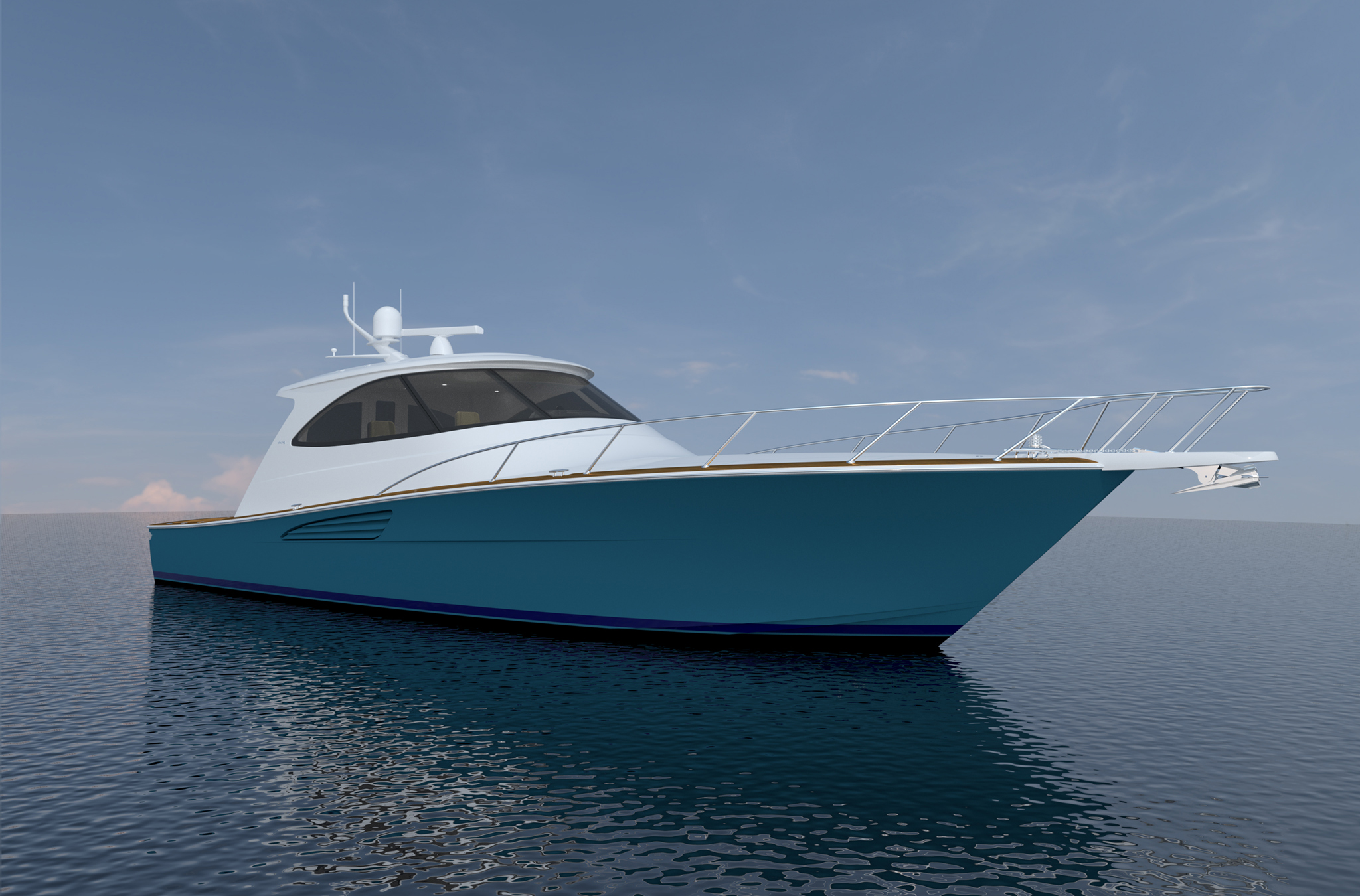 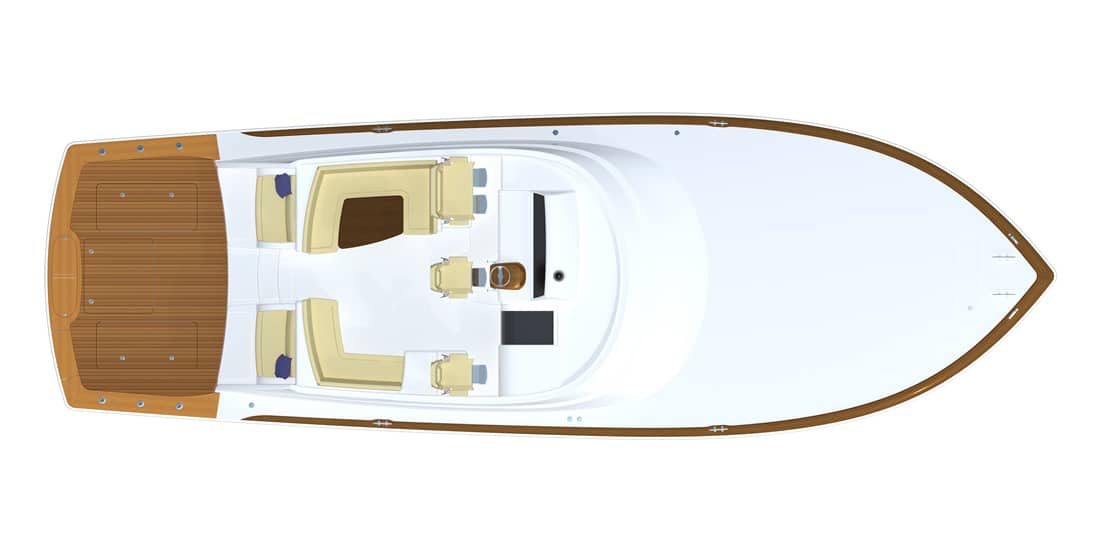 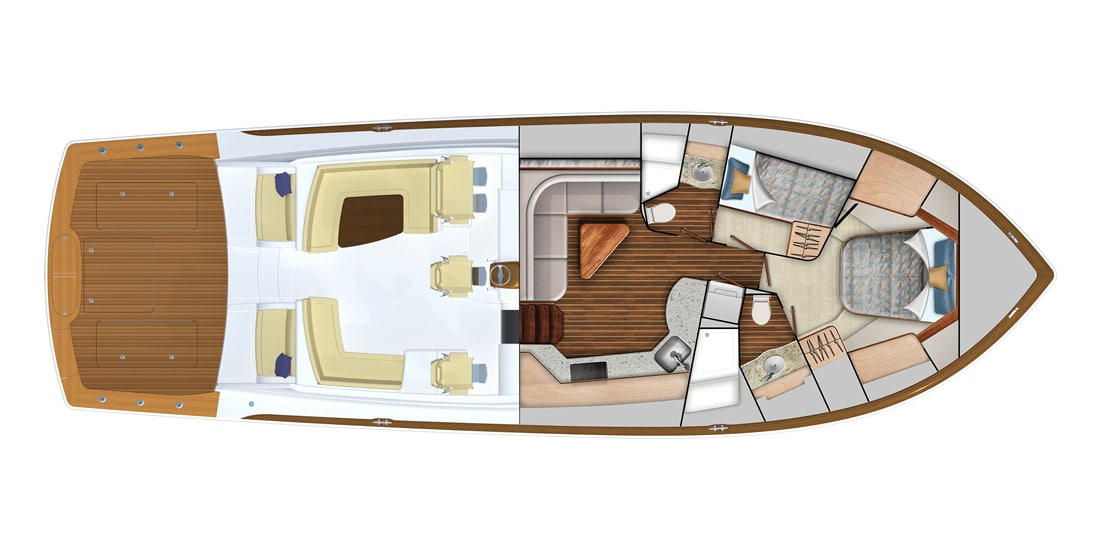 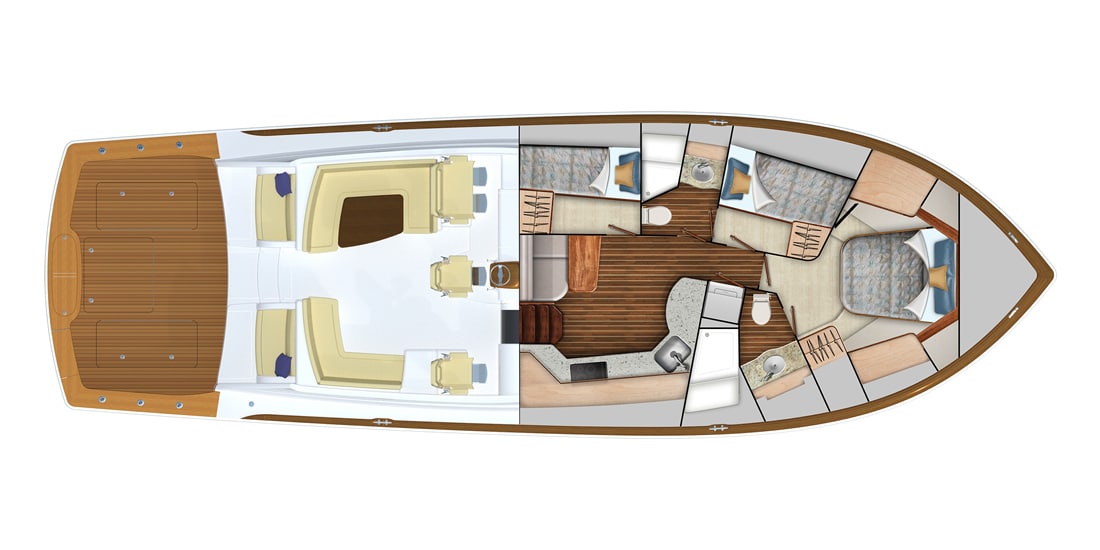 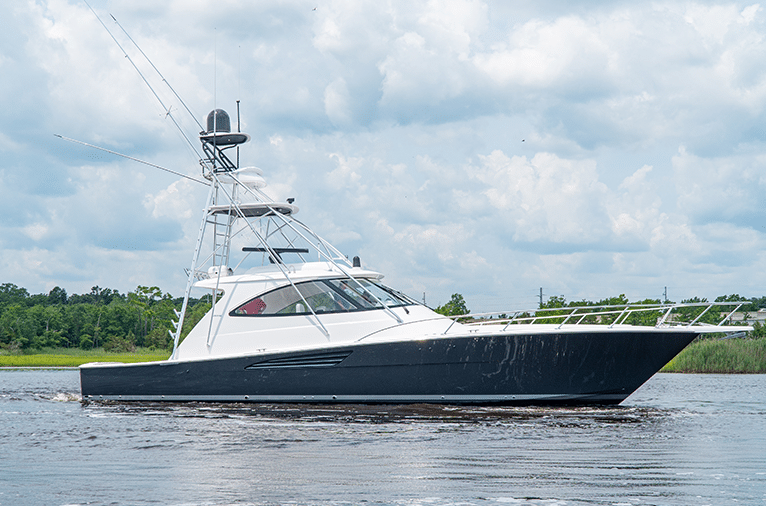 The introduction of the Viking 54 Open illustrates Viking’s ability to produce new models by fusing a proven hull design with entirely new topside configurations. The new addition along with the 54 Convertible, 54 Sport Tower, and 54 Sport Coupe also represents the largest express-style yachts Viking has ever produced.

Viking offers the largest and most diverse fleet in the industry, from the 38 Billfish to the 90 Viking, so it’s no surprise that the New Jersey boatbuilding powerhouse has announced three new express versions of its recently introduced 54 sportfishing yacht.

Viking 54 Open (O), 54 Sport Coupe (SC), and 54 Sport Tower (ST) will join the 54 Convertible (C), which has been another smash hit from Viking since its premiere at the 2020 Fort Lauderdale International Boat Show where it captured the Best of Show Award. The introduction of the 54’s three new stablemates illustrates Viking’s ability to produce new models by fusing a proven hull design with entirely new topside configurations. The trio also represents the largest express-style yachts Viking has ever produced.

Viking’s $1 million 5-axis CNC router gives them the ability to build cockpit, mezzanine, command deck, windshield, and foredeck assemblies that are unique to the Viking express yacht. Accommodation plans of the three new boats also differ from the convertible to optimize the design’s comfort and interior space.

With its aggressive entry, raked stem, one-piece wraparound windshield, and Palm Beach Towers hardtop and tuna tower, the 54 O presents a striking profile while excelling as a stylish fish-and-cruise Viking thoroughbred. The 54 Open can be delivered without a tuna tower as a sleek express yacht. This model runs on the same advanced hull form of the 54 Convertible, which has exceeded all performance expectations.

Viking 54 Open cockpit and command deck layouts provide an excellent use of space for fishing, diving, cruising, and entertaining. The 154-square-foot cockpit boasts twin mezzanine seating with cooler storage below (easily converted into optional freezer space), along with drink coolers, in-deck fish and storage boxes, a transom live well and a transom door with a liftgate. A single centerline lazarette hatch (available with power actuation) opens nearly 90 degrees for full viewability and access to the available Seakeeper 9, 16, or 18 as well as the steering, trim tabs, and drain pumps.

With its open aft bulkhead, the command deck gives you instant access to the cockpit. The centerline helm, with its pedestal seat on a raised platform, provides excellent visibility and is complemented by port (double) and starboard (single) companion seating. Three multi-function displays (up to 22-inches each) are flush-mounted in a recessed black acrylic panel, contributing to the clean streamlined helm design.

Bocatech switches and other operational controls and instruments are located in a large radio box to the port of the raised helm pod. The MAN engine displays, autopilot, and VHF radios are nested in a recessed area molded into the hardtop underside.

Aft of the helm, there is a convergence of practical and convenience features, including refrigeration and tackle and gear storage compartments. Plump cushions topping the port-side U-shape lounge, which surrounds a walnut table, will cradle your guests in comfort while providing ample height to take in the surroundings. To port, you’ll also find an L-shaped lounge with storage underneath.

Below, the 17 ft. 8 in. beam offers volumes of interior space including a choice of two- or three-stateroom layouts. With either, the forward master stateroom is large and fitted with a queen-size bed, plenty of storage behind the horizontal grain walnut cabinetry, and served with a private head. Additional staterooms are found on the port side, each with upper and lower berths. The head has private access in the two-stateroom layout, while guests share the head in the three-stateroom plan. Midship on the starboard side is a well-appointed galley with a full appliance package, walnut cabinetry, an engineered stone countertop, and under-counter refrigeration/freezer units (with varnished horizontal grain walnut faces). Opposite the galley in the two-stateroom model is an L-shaped lounge and table. The three-stateroom version utilizes booth seating. Other notable amenities include a 43” HD TV, Amtico flooring in the salon/galley/dinette, and premium carpeting in the staterooms.

The engine room, easily reached through lift-up steps built into the mezzanine, houses the twin powerplants. A pair of MAN V12 1400CRM (1400 MHP) engines serve as the standard propulsion package.

With its Optimus Electronic Power Steering matched to stainless-steel, high-speed rudders, and single-lever electronic controls, the 54 Open delivers outstanding performance, comfort, and range. As you would expect, the engine room is equipped in the Viking tradition with outstanding engineering that is exclusive to this design and maximizes access and serviceability. Mechanical and electrical equipment includes a Delta-T ventilation system with supply and discharge fans for proper fresh air supply and water suppression; an oil changing system for the engines, transmission, and generator; and a fire suppression system. The Viking 54 Open also comes standard with an Onan 21.5 kW E-QD (electronic quiet diesel) Series generator.

Viking’s Atlantic Marine Electronics can outfit the Viking 54 Open with custom electronics, communications, and entertainment systems to make the boat, like every Viking yacht, turnkey ready for total owner satisfaction.

Take Command of the Blue Water Arena, Contact Us Today! 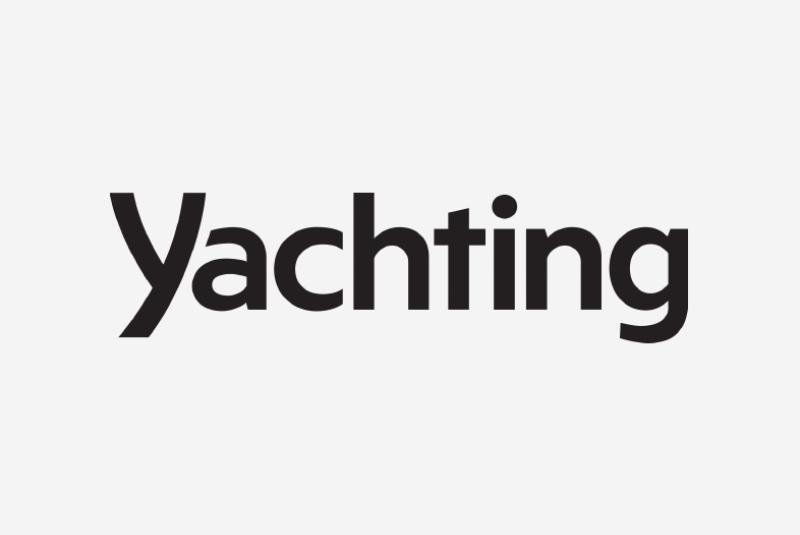