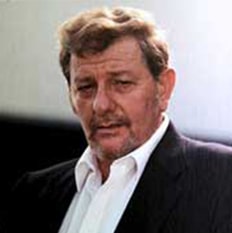 Galati Yacht Sales all started with one man’s dream and a family with the fortitude to make it a reality.

The legacy of Galati Yacht Sales goes back to 1970. That’s when Michael Galati Sr. left his bakery business in New York and moved to Florida with his wife Anna Maria and their five children. There, he purchased a hurricane-devastated marina on Tampa Bay. With little experience and even less money, they adjusted to their new life and the enormous task of repairing and managing the marina.

The entire family contributed to make Michael’s dream a reality. Anna Maria raised the family, while also managing the marina store and handling all deliveries and billing. The children all pitched in as well “ It was a great place to be… to grow up” remembers Mike Jr. “We all started working out on the gas docks, washing boats, catching bait to sell – whatever would help”. By watching and listening to their Father they learned the business from the ground up, eventually developing the same passion for it as their Dad. 1976 was a milestone for the Galatis, it was the year they started selling boats and attended their first Miami Boat Show.  The foundation had been laid and somehow, this family venture didn’t just survive but began to thrive.

Michael Galati Sr. had always told his children: “play to your strengths and you will do better than I ever could have.”  And that’s exactly what they did as ownership passed to them in 1992, after the unfortunate passing of their father. Playing to their own unique strengths and their deep understanding of the industry, they grew the business to where it is today – one of the largest most respected yacht brokerage companies in the world. 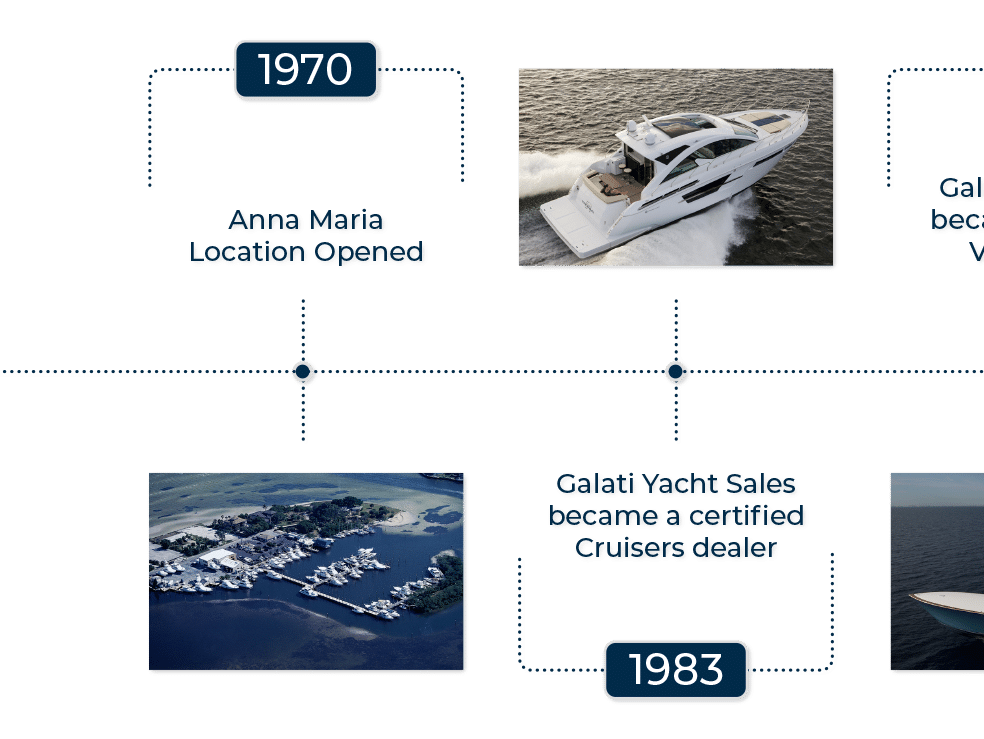 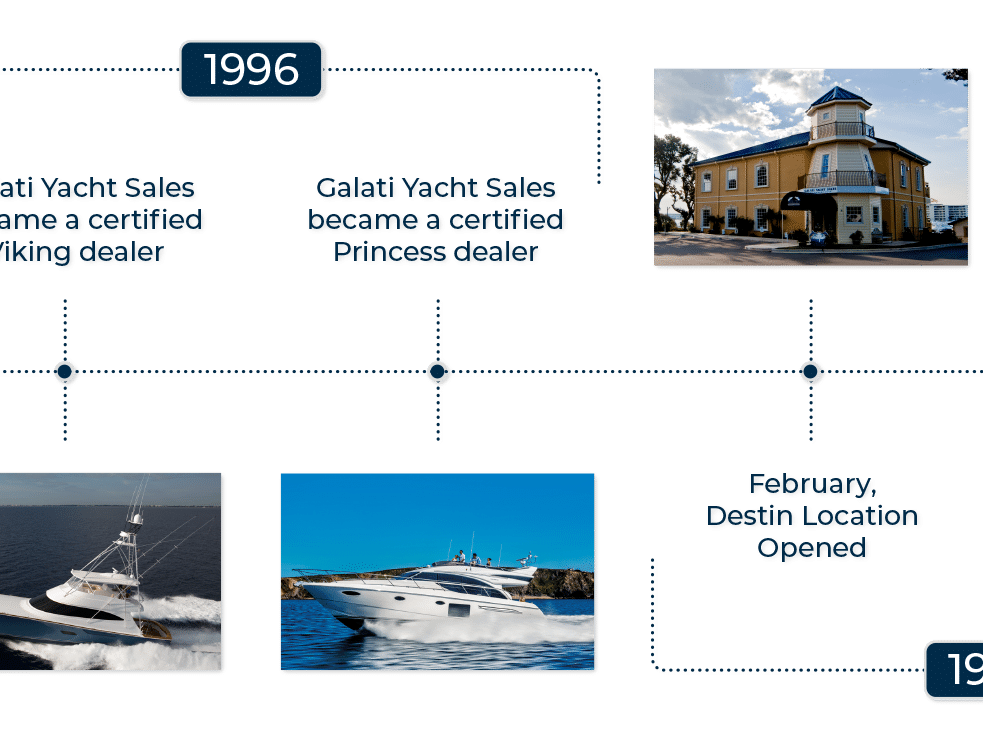 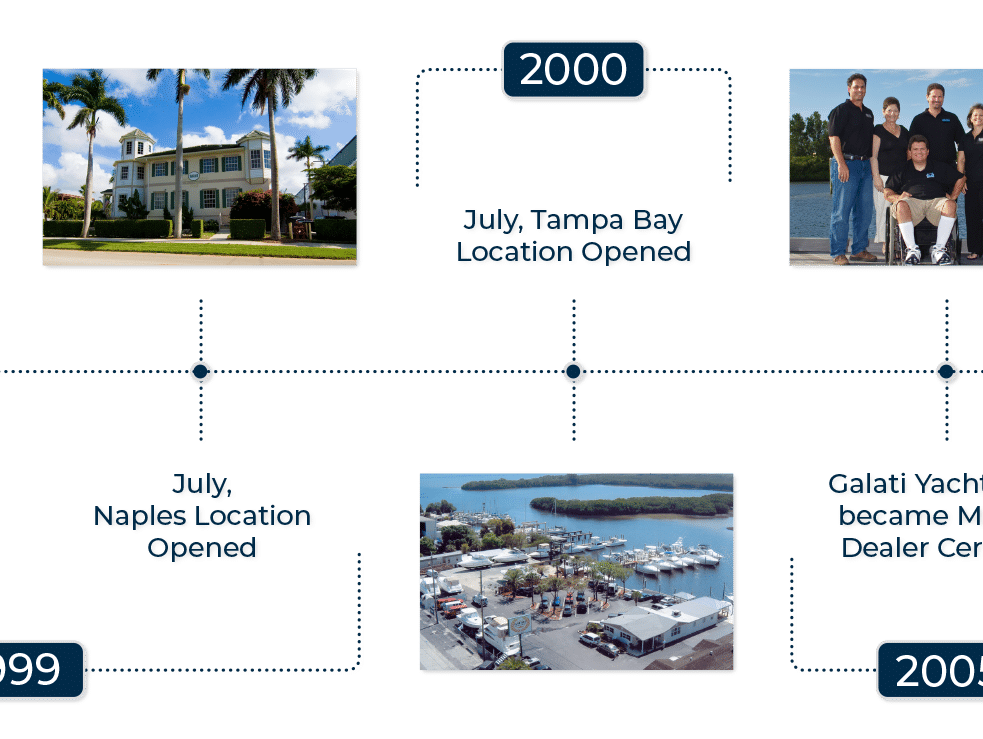 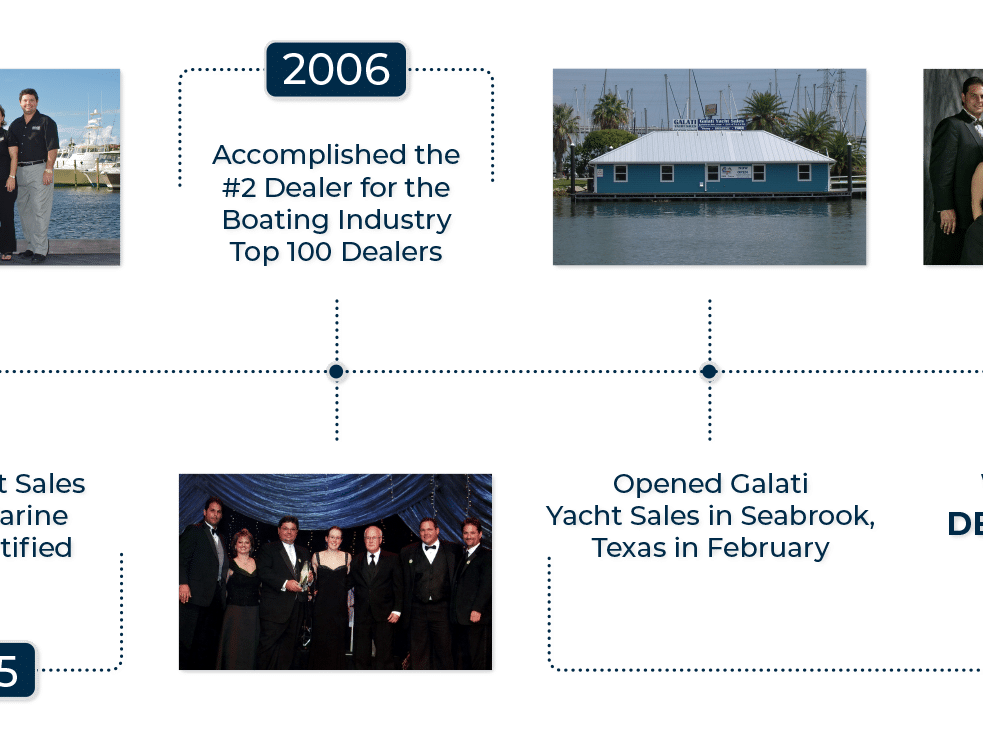 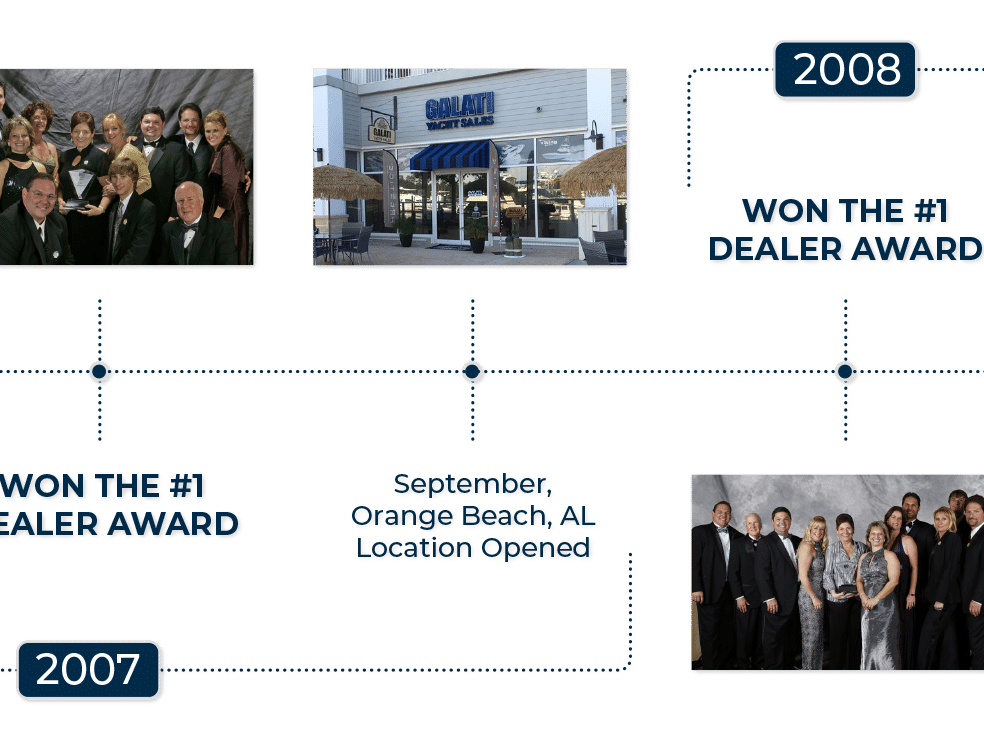 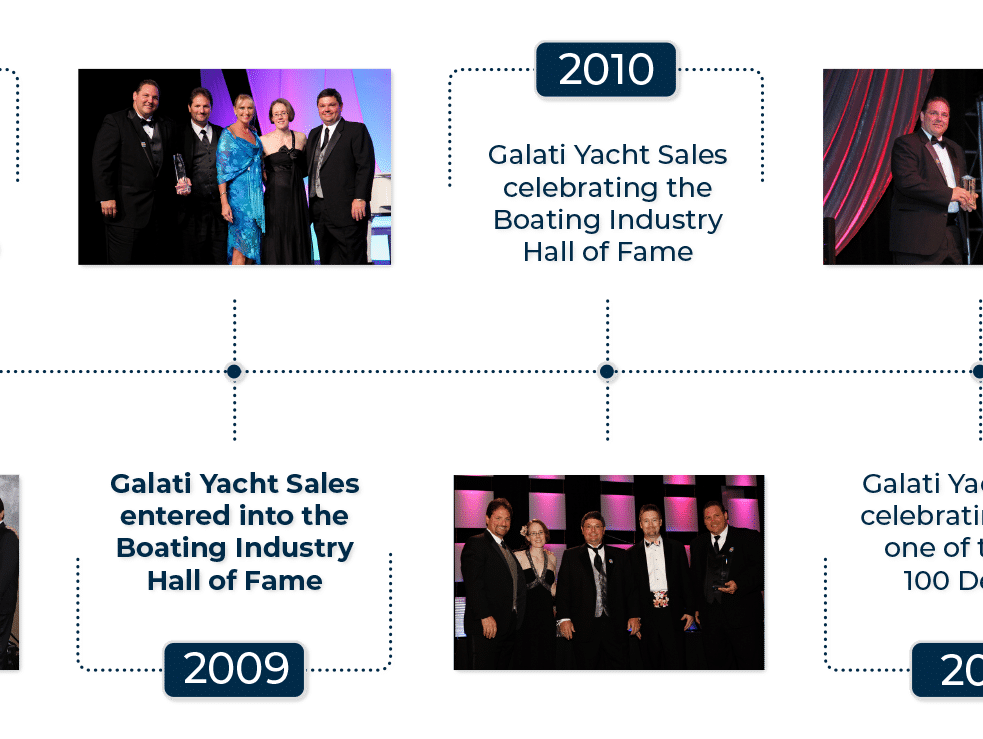 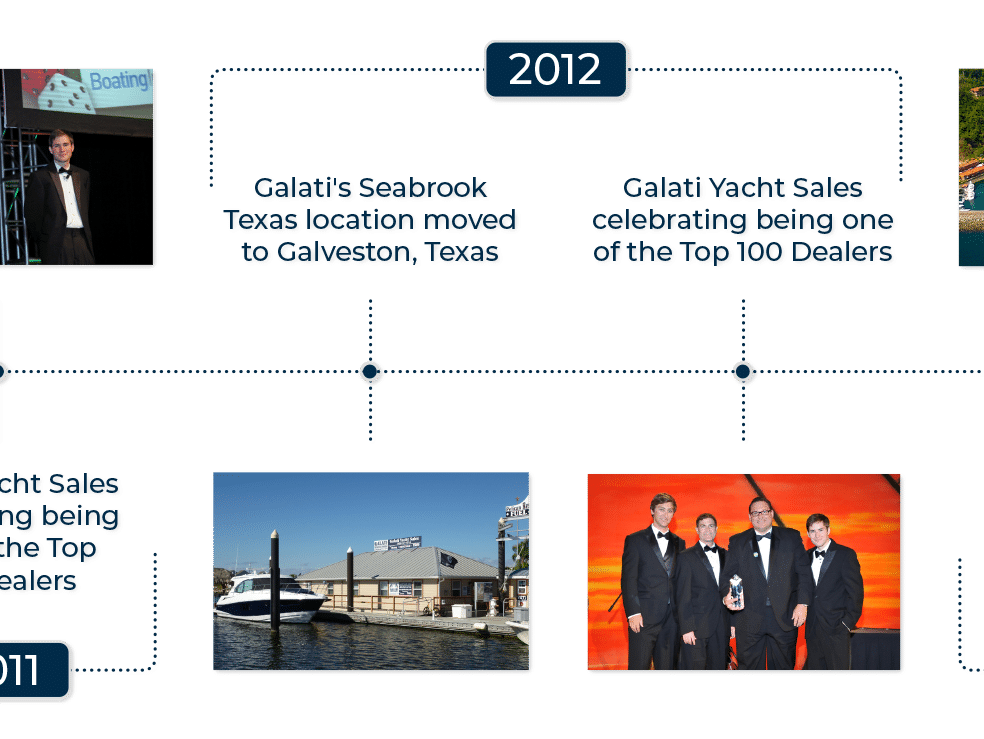 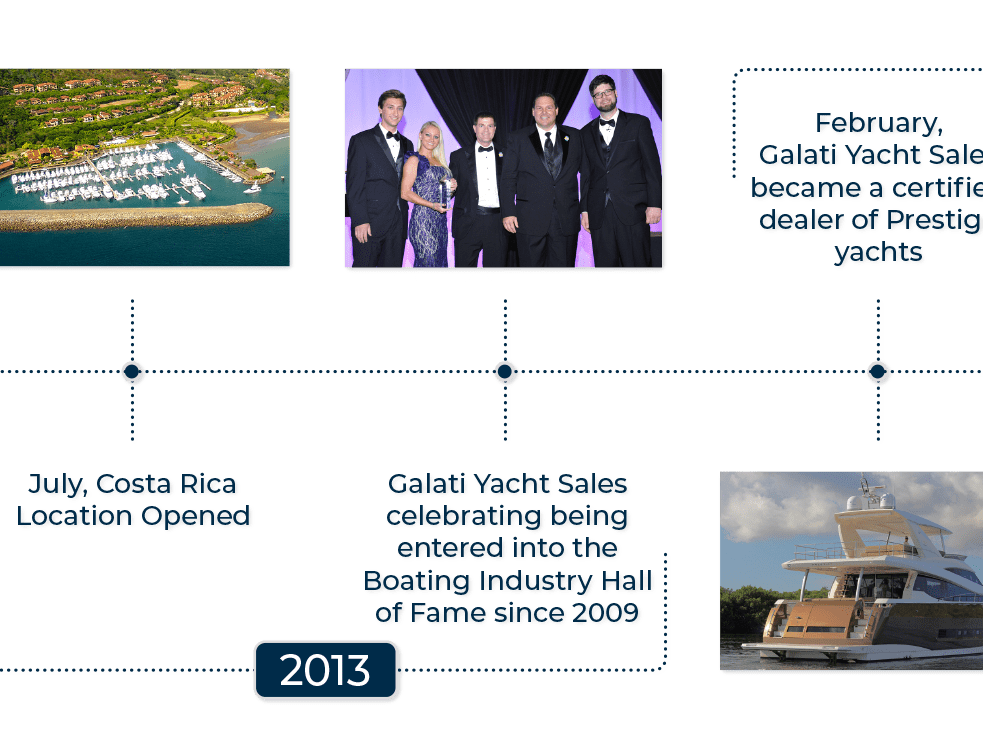 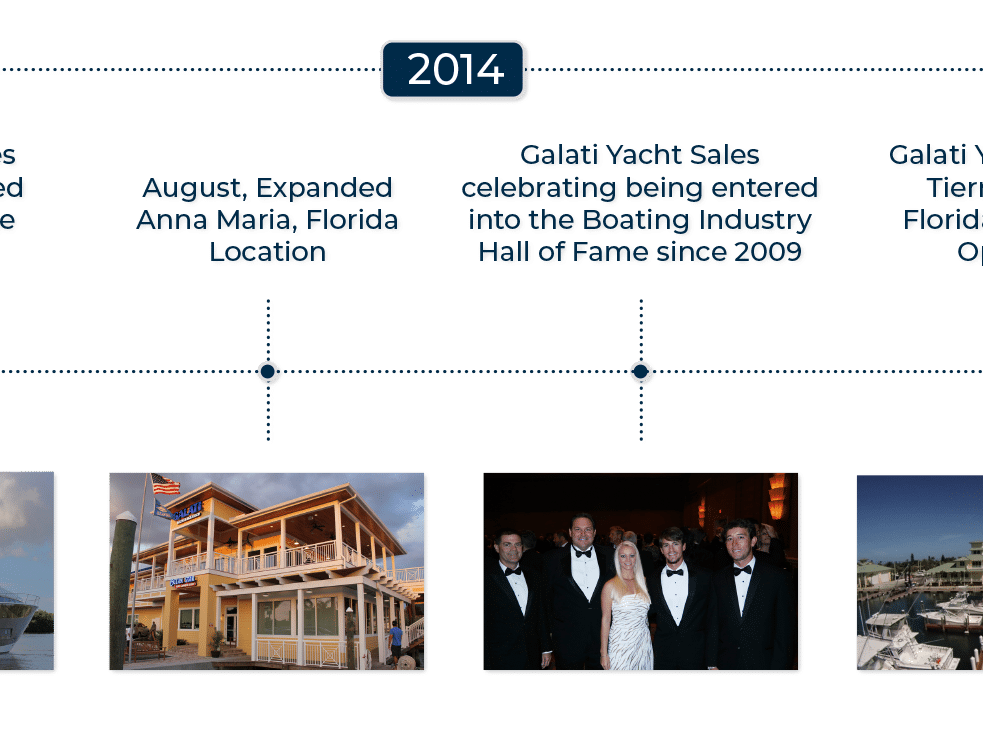 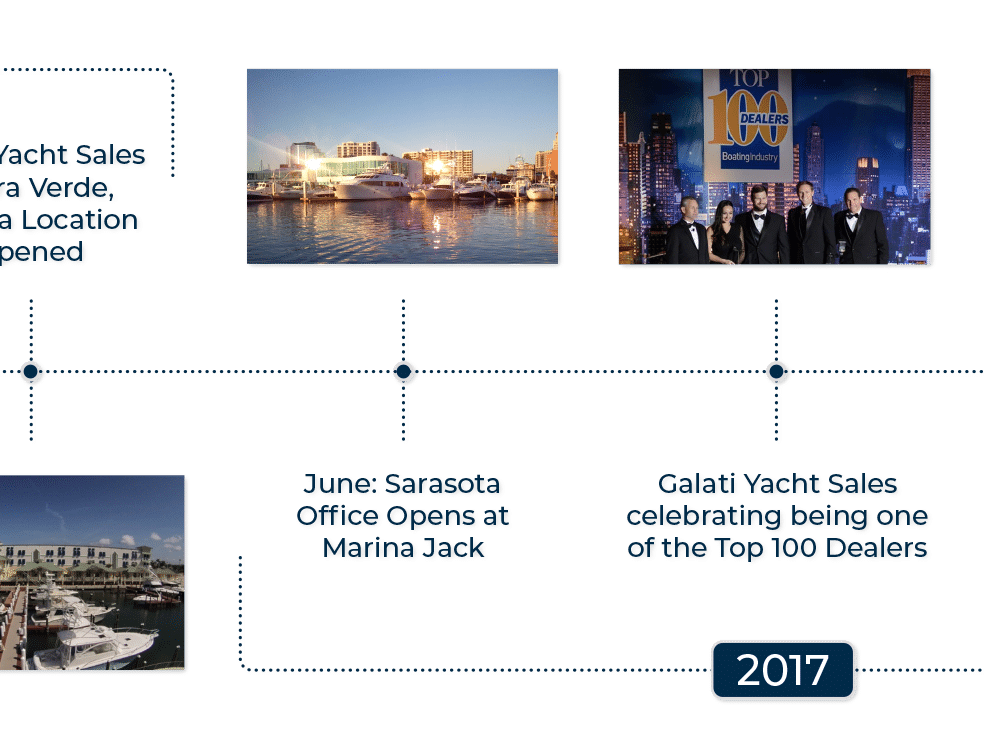 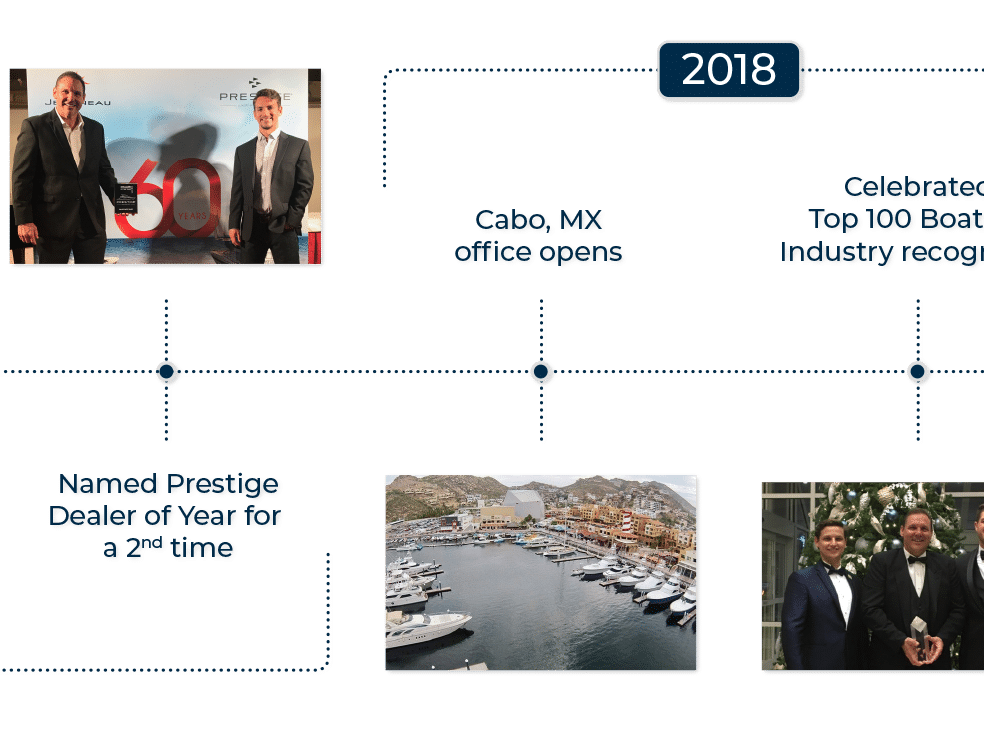 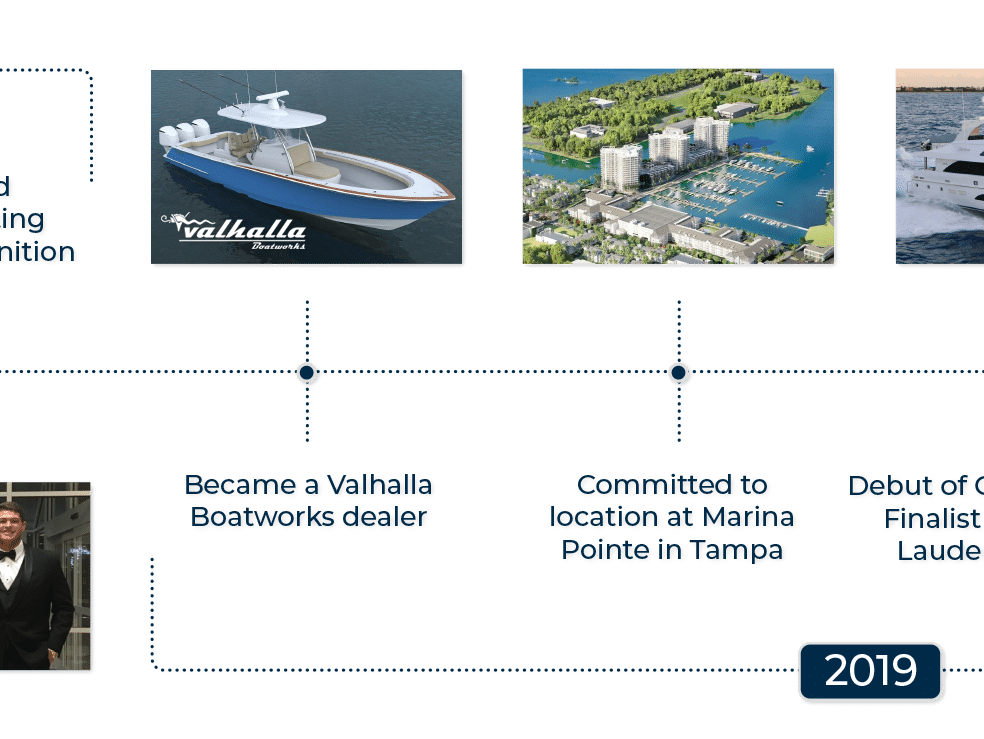 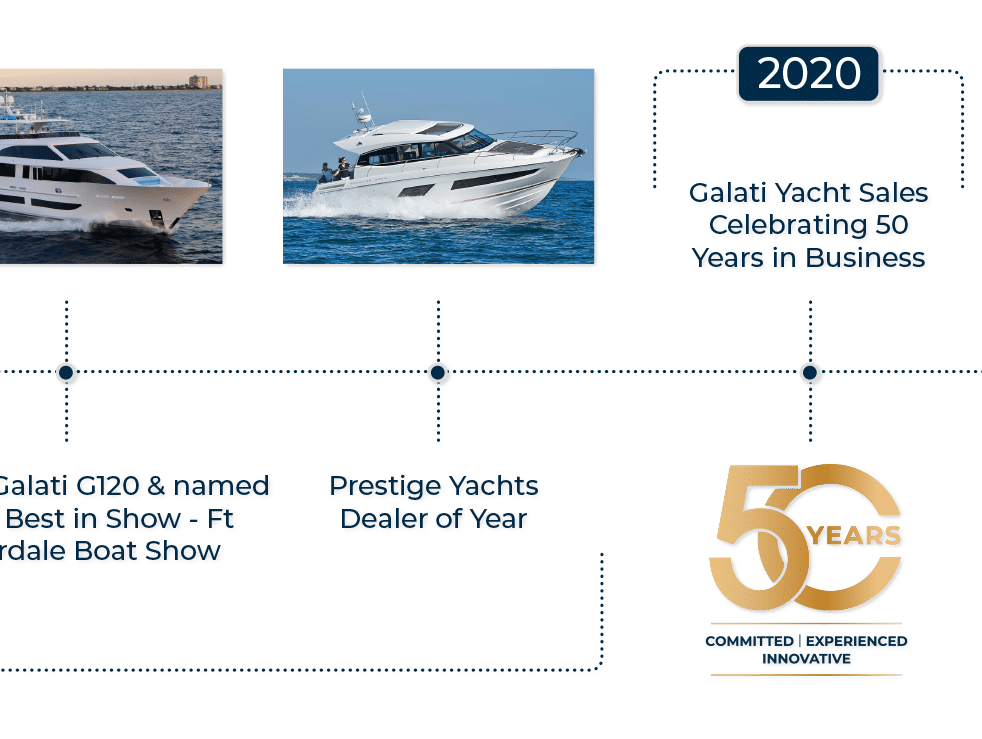 Galati Yacht Sales has one simple philosophy: always do right by the customer. These aren’t just words for us but are part of our DNA. It’s a philosophy we’ve believed in from the very beginning, when in 1970, Michael Galati Sr. rebuilt a hurricane-damaged marina on Anna Maria, Florida, near Tampa Bay. And it’s been there ever since – almost 50 years, eleven locations and three generations later.

Our goal is to provide you the very best boating experience – whether you’re purchasing, selling or servicing a boat, so you can enjoy a safe, comfortable and exciting time on the water with friends and family. 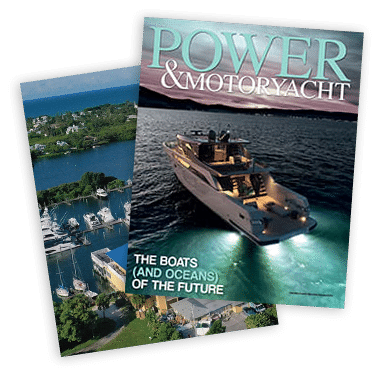 Check out the exclusive article about Galati Yacht Sales in the latest issue of Power & Motoryacht Magazine. You’ll learn about Galati’s humble beginnings and the unique family bonds that laid the foundation for its 50 year history of integrity and success.

“We wanted to let you know how very much we enjoyed the trip to Key West. It was so fun, and Kerry, Carole and family were gracious and delightful.  We are so thankful that you offer these Rendezvous. It adds tremendous value, and it is a great opportunity to get to know other boaters who share the same passion.  Looking forward to more fun times with the fabulous people at Galati and all the friendly people who were smart enough to buy their boats from them.”