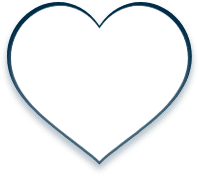 MARAZUL offers Many Desirable Features not Commonly Found On Yachts Under 120' Such As An On-deck Master Stateroom Plus 4 Guest Staterooms, Transoceanic Range, Walkaround Decks With A 24' Beam, A Versatile Flybridge With The Ability To Carry A Multitude Of Water Toys And A Large Cockpit To Accommodate Serious Watersports Including A State-of-the-art SCUBA Air Compressor.

THIS BOAT IS SUBJECT TO AN EXCLUSIVE LISTING AGREEMENT WITH HALLMARK YACHTS INC. 619-246-6676 AND IS NOT OFFERED FOR SALE BY GALATI YACHT SALES. Galati Yacht Sales is merely providing this information in an effort to represent you as a buyer in the purchase of this vessel.

Dimensions
Displacement: 102 TonsEngines
Total Power: 875
Cruising Speed: 10
Max Speed: 13Tanks
Fuel: 8900
Fresh Water: 1800
Holding: 300Accommodations
Sleeps 8 owners and guests in four double staterooms, each with private baths. A convertible office accommodates two more guests. Two crew staterooms accommodate five to six crew. Enter a roomy salon via twin glass, frameless doors from the aft deck, to starboard is a large sofa pit area and to port is an entertainment console with another couch forward. A large dining table (seats 10) is next with a built-in centerline bar forward. Along the port side is a foyer area with access to the port walkaround deck, a dayhead, access to the galley, stairs up to the raised pilothouse and down to the guest/crew quarters. The Owner's Stateroom is forward on the main deck with a king-size centerline bend. This suite features built-in, beige lacquered furnishings including two vanities, a settee to port, large cedar-lined, his/hers closets (digital safe), overhead deck hatches and viewing windows with privacy curtains. The owner's private bath (all new marble flooring and counters) has his/hers vanities and a sunken Jacuzzi tub. Guest quarters are accessed via a stairwell by the galley. To port and forward is a convertible office w/pullout sofa. Opposite is a guest stateroom w/a pullout queen lower and a twin Pullman berth. These two rooms share a head w/stall shower. Aft to starboard is an ensuite stateroom which allow twin berths toconvert to a centerline king bed. To port is an ensuite, centerline queen stateroom. A linen closet is in the hallway and a laundry room is forward from the hallway. Crew quarters are forward with crew lounge, private Captain's cabin w/private head and four bunks forward with head and stall shower. Interior furnishings feature maple burl paneling, lacquered wood surfaces and muted, earth-tone soft goods (all renewed 2008). Baths and heads have new cream-colored marble flooring and countertops (all renewed 2008). Carpeting is beige and renewed (except salon). Overhead panels throughout have been renewed. The raised pilothouse features more than adequate workspace for navigating and a large bench seat to starboard. This area has benefited by new teak and holly flooring, upholstery, new Stidd chairs, hatch, windows and overhead panels. A stairway on the mid-port side leads to the upper helm and flybridge.Galley & Laundry
Located forward of the salon and dining room to starboard. It is commercially designed with gourmet preparation for large parties in mind. All stainless steel surfaces and appliances with good flow and accessibility and plenty of under-counter storage. On-deck entrance starboard side.Electronics/Navigation