Viking Mullica, home of the renowned Valhalla Boatworks center consoles, is evolving with a two-phase expansion in the works. Since its inception, Valhalla has sold over 300 boats, consisting of the V33, V37, V41, and V46. This tremendous success has prompted the need for more space at its dedicated manufacturing facility. Eleven miles away from the New Gretna facility, Mullica currently consists of three manufacturing buildings on six acres with over 200 workers. Currently, the facility consists of 88,000 square feet and focuses on the build process of the Valhalla V-Series center consoles, each with its own dedicated production line within Mullica.

To keep up with customer demand and better improve workflow, the expansion will add a combined 16,000 square feet to Viking Mullica. Phase I, which is in the works currently, will add a 6,000 square-foot structure to Buildings 2 and 3, creating one contiguous manufacturing area. Phase I will be complete this month.

“This first phase, which we refer to as an ‘Infill,’ is an expansion of our hull, stringer, and egg crate area,” says Viking Mullica General Manager John Leek IV. “The additional square footage will allow us to better organize the manufacturing space for increased efficiency.” In addition to providing more production capacity for the resin-infused stringer grids, the area will also be used for transom bustles and fishboxes. 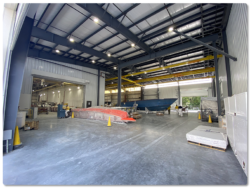 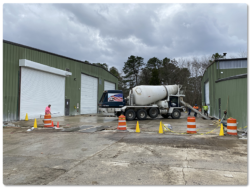 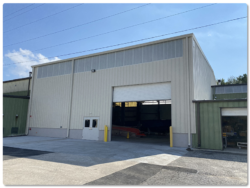 The second half of the project expansion, phase II, will soon commence with utility and site preparation. Phase II is scheduled to be complete next summer and will expand the backside of Building one by 10,000 sqft; 6,000 square feet on the ground level and a mezzanine of 4,000 square feet. “This addition will give us the space we need to produce certain fiberglass parts (hatch lids and doors) that are built in New Gretna utilizing Light Resin Transfer Molding.” — Viking Mullica General Manager John Leek IV.

Building a Better Boat Every Day

Valhalla Boatworks continues to push quality, luxury, performance, and fishability in their center consoles to unprecedented levels. With continued growth and expansion projects taking way, the builders at Viking Mullica live up to their motto of building a better boat every day. Learn more about the V-Series center consoles below.