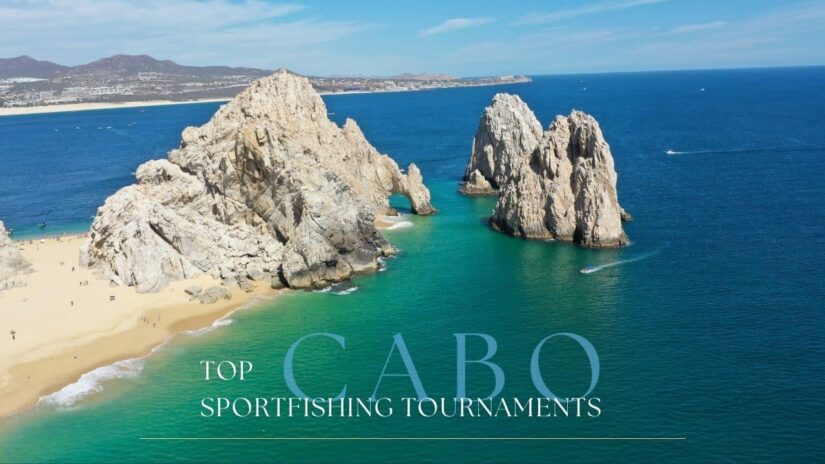 When you hear about Cabo sportfishing tournaments, a few things probably come to mind; serene landscapes where the desert meets the sea, flying marlin, lively pelagic, and the adrenaline rush of chasing that million-dollar game fish. Cabo is home to some of the largest and richest sportfishing tournaments worldwide — bringing in big money, fierce competition, world records, and great camaraderie. With a closed season and strict regulations to protect species, you can expect to experience sportfishing tournaments unlike any other. Fun Fact: Did you know more people catch marlin and swordfish in Cabo than anywhere else in the world? That is why this internationally-awarded area is among the top sportfishing destinations around the globe.

There is nothing better than Cabo in October! Anglers from around the globe gather in Cabo San Lucas to engage in the top Cabo sportfishing tournaments. These renowned events include the Los Cabos Billfish Tournament, Bisbee’s Los Cabos Offshore (Little Bisbee’s), and Bisbee’s Black and Blue Marlin Tournament. These three tournaments are the epitome of sportfishing glory in Cabo, Mexico. 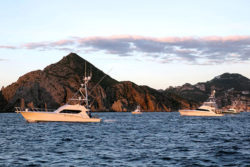 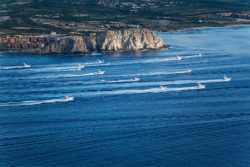 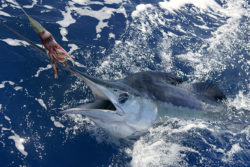 The Los Cabos Billfish Tournament is one of the most reputable sportfishing events in the area. Anglers can expect a generous pool, a welcoming atmosphere, and tough competition, with top fishermen from around the world competing for first place.

Galati Yachts Sales is proud to be a sponsor of this event, scheduled for October 16-20, 2022. The three-day tournament honors the team that tallies the most points per round. The top three teams with the most points take home the prize money. Smaller cash prizes are awarded for the boats that release the most billfish. Optional marlin, tuna, wahoo, and dorado jackpots also award cash and prizes. 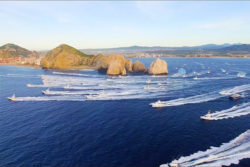 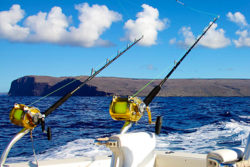 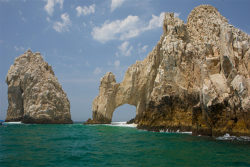 The Bisbee’s Los Cabos Offshore, also known as “El Bisbee’s Chico” or Little Bisbee’s, quickly gained a reputation as one of the biggest tournaments in town. This event started in 2002 after the Bisbee’s East Cape Offshore tournament became widely popular. For this reason, the Bisbee family decided to put on the third tournament. Little Bisbee’s is known for its social aspect; a great event full of comraderies and a great way to get some fishing in before the main event — Bisbee’s Black & Blue Marlin.

Although nicknamed Little Bisbee’s, there is nothing small about this event. This sportfishing tournament highlights a smaller entry fee, therefore open to a more extensive range of anglers. Last year, for the third time in its 23-year history, the Bisbee Los Cabos competition awarded over one million dollars and saw 186 total team participants. Also, over 60 of those teams were first-time parties. The total payout for 2021 was $1,961,600. The 2022 tournament dates will commence on October 20-23. 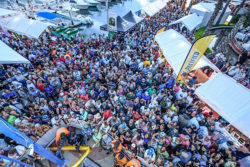 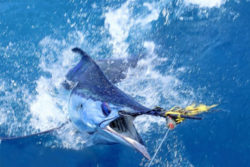 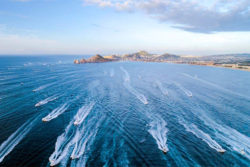 Cabo has been home to Bisbee’s Black and Blue Tournament for over 40 years and offers an exceptional experience unlike any other. Deemed the “Super Bowl of sportfishing tournaments,” Bisbee’s Black & Blue attracts anglers globally to compete for a multimillion-dollar purse. Each year in mid-October, you can expect to see thousands of people crowd the marina to shop, party, and watch the monstrous fish at weigh-ins.

Season Has Started! Join Galati Yacht Sales in All the Action. Whether you are searching for a new tournament contender, looking to score a deal on a pre-owned yacht, or want to sell your current boat, our Cabo yacht brokerage has professional staff on-site to help with any of your boating needs. Our Cabo dealership can be found in the middle of all the action and provides outstanding buying opportunities on new yachts — Viking Sportfish and Valhalla center consoles — and pre-owned vessels.

However, you don’t have to live in Cabo to purchase the yacht of your dreams; turn your sea trial into an adventure and experience Cabo to the fullest. This once small fishing village is home to some of the most luxurious resorts, top-rated golf courses, and a world-class marina. If you plan to be in the area for the sportfishing tournaments, drop by our brokerage office, and our professional sales staff would be happy to assist with any of your boating needs.