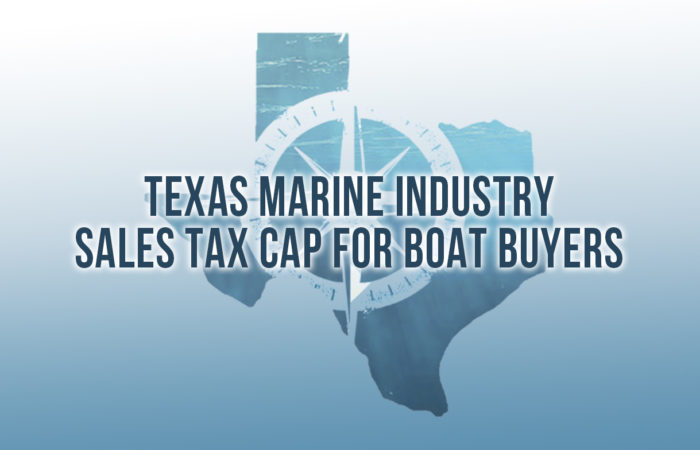 It’s been a long road for Galati Yacht Sales— Texas sales manager Jay Dee Jackson and Galati broker Randy Bright, who set out on a mission over one year ago to transform the struggling Texas Marine Industry; and promote a voice to protect the interest of the Texas boating community. The mission being, to cap sales tax on boat purchases in the state of Texas and provide for out-of-state vessels to use Texas waters, marinas, and service companies similar to those of other states, such as Florida. A mission which is better known as the Texas Marine Jobs Bill (HB4032). Finally, after much effort and hardwork, the mission successfully came to an end in June of 2019.

After final passage in Texas House and Senate and final filing by the Governor on June 14th, 2019, HB 4032 takes effect on September 1, 2019! Effectively capping Texas’ 6.25%-8.25% sales and use tax for all taxable recreational vessels at $18,750. Hence, placing the Texas marine industry’s competitive balance back into effect with other coastal states.

In 2010, Florida law passed a bill capping the sales tax of 6% on boat purchases at $18,000. This highly benefited large boat and yacht buyers purchasing in Florida, but dramatically affected the marine industry in other states; with Texas being one of them. For nearly a decade, the marine industry of Texas, as well as the state in whole, has been losing jobs, economic activity, opportunities and tax revenue to Florida and the 12 other states who followed suit. This was due to the competitive disadvantage in boat sales and tax regulations. Simply speaking, boat and yacht buyers were purchasing vessels from more tax-friendly states due to substantial savings. Also, to top it off, boat buyers who registered vessels out of state and those who were looking to purchase for use outside of Texas could not utilize marine service companies for refit and repairs in Texas.

The Inception of TMIC

With a strong footprint in Texas, Jay Dee Jackson and Randy Bright knew there had to be something done to save the struggling Texas Marine industry. Henceforth the inception of TMIC (Texas Marine Industry Coalition.) Jay Dee and Randy were among the first founding members of TMIC. Formed to build a strong, organized and effective association of the Texas marine industry businesses, employees, vendors, and their customers; to provide strong advocacy to protect, promote and support the recreational marine industry in Texas.

Today, TMIC is made up of top marine industry professionals from all over Texas. Joining together to be a strong voice of representation at the federal, state and local level. The group focuses on issues of importance to members and the industry. In just a little over a year since their inception, the group came to the conclusion to organize HB 4032 as a top priority. Successfully raising funds close to 100K to move the tax bill through the house and senate. As well as providing their time and efforts to support their case and allow their voice to be heard.  It was no easy task, but in the end, their grassroots support proved to be successful.

“We want to thank all our members and supporters who responded to our calls for action. They wrote letters and called legislators, gave money and made trips to Austin. Their efforts paid off for sure and proved that an organized grassroots effort is effective and can achieve great results,” said Jay Dee Jackson, Treasurer of TMIC and Texas Sales Manager for Galati Yacht Sales. He added, “We got such great support from so many people and organizations and we needed every bit of it. Thanks to that great collective effort, the Texas Marine Industry faces a brighter future today.” The Texas Marine Industry Jobs Bill sets a limit on Texas’ 6.25%-8.25% sales and use tax for all taxable recreational vessels at $18,750. Effectively matching the $18,000 tax cap Florida enacted in 2010. The bill also contains a provision that allows boats purchased for use outside of Texas to temporarily remain in the state. Utilizing marine service companies for refit and repairs. In addition, the bill sets to establish a fee permit system for out of state registered vessels. Enabling them to return to or visit Texas waters for temporary periods. These provisions will allow for additional funds to be spent in Texas communities and to support the marine service industry.

“Getting this bill passed was no easy task. We are grateful that our legislators and the Governor were able to recognize the positive economic impact. As well as the importance of the hard-working men and women in the marine industry,” said Randy Bright, TMIC Vice-President and broker with Galati Yacht Sales.