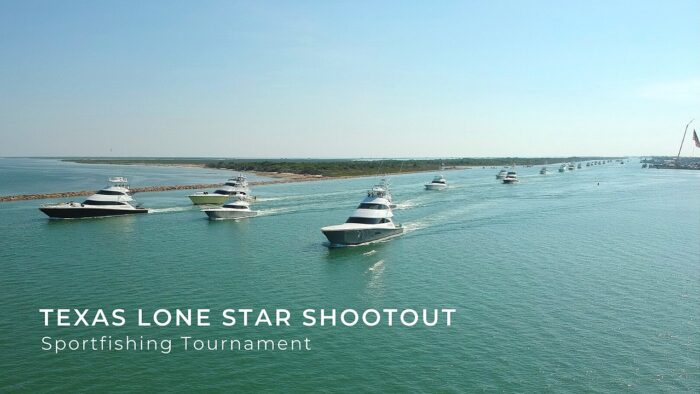 Galati Yacht Sales is a proud sponsor of the Texas Lone Star Shootout. This event is an Invitational Billfish tournament known for its great format, fun times, big payouts and contribution to charitable causes.

The Lone Star Shootout provides the opportunity to compete against the best billfish teams on the Gulf Coast. The Shootout culminates each year with an Awards Night celebration talked about for the generous open bar, great food, live entertainment, and fun saloon atmosphere. The Perpetual Champion’s Trophy is the prized possession of each year’s champion and has become one of the most sought after trophies on the Gulf Coast tournament trail.

Thirteen years of tradition with over $4,500,000 paid out in the last five years. We took to our own Galati Yacht Broker Randy Bright for insight and what to expect with the upcoming tournament. Randy has been the Shootout tournament director since 2010 and has been fishing Texas, Gulf, and International tournaments for over 40 years.

We asked Randy a few questions about the Lone Star Shootout, see the Q & A below;

Really, It’s the unique format and the fun we have with the optional pot party. The format allows teams to be flexible with their strategy since we have an emphasis on release.  You can fish with big tackle for big fish or go light tackle and dredge fish to catch more billfish. Including whites and sails.  Either method could be the winning strategy and the last hours of the last day really are a shootout among the top teams.

This year we’ve added an optional boat for lures only which is unique and brings another strategy decision into play.  Our format is set up to award the championship to the team that has the best tournament. That’s not always the team that catches the biggest blue marlin.  Although catching the biggest blue will certainly earn big prize money and possibly the championship.

Tournament money has gotten so big and tournament fishing is serious business but we really try to focus on the fun of tournament fishing.  It’s a little old school, but we think the comradery of the crews, owners, and anglers is a big deal.

It starts off with a Tuesday night beer bash and shrimp boil for the crews and staff that kind of sets the tone.  Wednesday night we provide a full catered dinner with open bar and make a party out of the optional pot entries.  We announce the entries, call attention to the players, display all the action on the overhead big screen and really are able to generate more money and bigger payouts.  We keep the DJ playing between announcements so it really is festive and fun.

Saturday night we celebrate all our participants with great food, open bar, and live band.  We recognize all our winners and present all the awards that night, (not on Sunday) while everyone is in a party mood. It really is about having fun in a big tournament atmosphere.

Number one tip is to come with a good attitude and ready to have a good time.  Be serious about the competition, give a lot of thought to a flexible strategy to win, but come to have a Texas good time.

The champion will be determined by the total of Billfish Release points plus any weighed blue marlin points. Weighed blue marlin will count 1 point per pound for side pots and 750 points for the overall total points scored. Released white marlin score 200 points and sailfish 100 points. Tuna, Wahoo, and Dolphin must meet the minimum weight of 25 lbs. and be in fresh, edible condition.

Sportfishing season has arrived on the Gulf Coast bringing some of the largest game fish catches, hefty payouts, great entertainment, and toughest competition from around the world. Some of the world’s best offshore fishing can be found in Port O’Connor Texas, where you can find yourself with monster game fish at the end of your line. Don’t miss out on the fun, join Team Galati in the 2020 Lone Star Shootout. Sign up by clicking the button below. To view our full list of sportfishing tournaments this year, click here. Galati Yacht Broker Randy Bright is a native Texan having been born and raised in Houston and Port O’Connor. He has held every position in competitive marlin fisherman as an owner, captain, angler, and cockpit/wireman. His fishing and yachting experiences have taken him all over the world. He is the founding President of the Houston Big Game Fishing Club, Chairman of the Houston Invitational Billfish Tournament, and Tournament Director of the Cajun Canyons Billfish Classic.