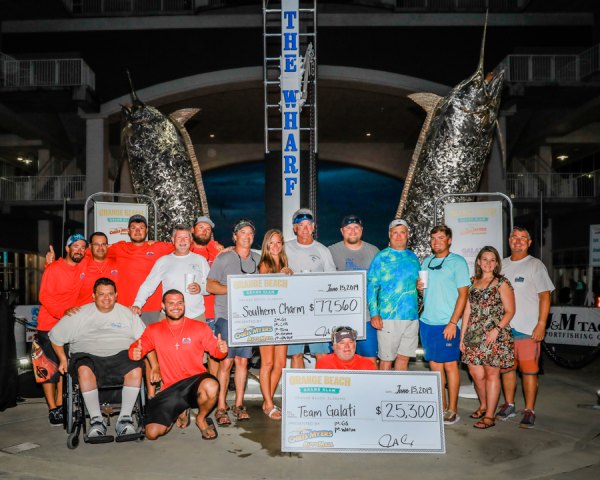 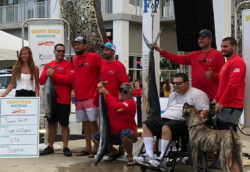 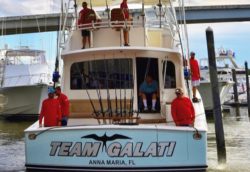 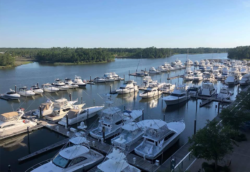 The Orange Beach Grand Slam kicked off earlier this month featuring a new format. This year, the tournament was all catch and release, no live bait. Plus, a weighted scoring system was implemented. Of course, this didn’t change the guaranteed fun and good times everyone in attendance had. This tournament is well known for its camaraderie and fishing techniques of vintage Gulf Coast Big Game Tournaments.

Strategy was crucial this year, with the main goal of weighing in a Tuna, Dolphin, and Wahoo. Plus, bonus points for releasing a billfish. The tournament saw a fleet of 24 boats for the sportsfish division. Of the 24 tournament contenders, Team Galati, captained by Chris Galati, was the only team to capture the Tournament Grand Slam. Team Galati weighed in a Tuna, Dolphin, Wahoo and released a white marlin, scoring extra points for the billfish release. Team Galati aboard a 64 Viking Yacht scored a total of 453.5 points and earned their spot in the tournament record books as the first ever Orange Beach Grand Slam Champions. Congrats Team Galati!

“I love catch & release tournaments and also the new format of this event. We had already released our white marlin, had a weighable tuna and dolphin and a box full of 19.5 pound Wahoos. But we kept grinding and then got the Wahoo we knew would complete The Slam!” said Galati.”

According to tournament rules and the new format, prize money was split between the Grand Slam Category and the Catch and Release Category. Southern Charm, a 63’ Hatteras released three blue marlins, winning the Catch & Release Category. Along with multiple optional categories, making them the top-earning boat in the tournament with a $77,560 payday!