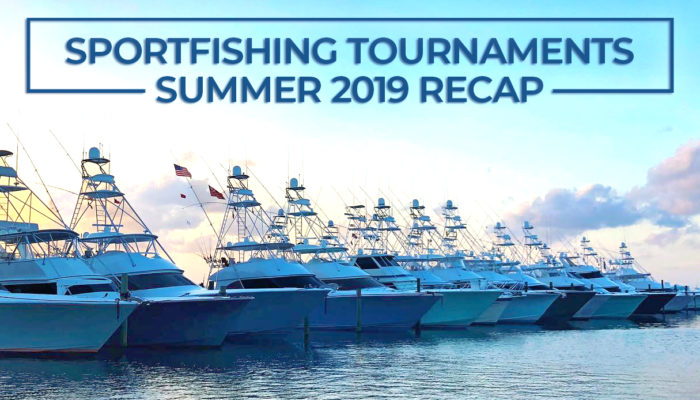 As summer comes to an end, we look back on an incredible summer of sportfishing tournaments held throughout the Gulf Coast. From the tough competition to the biggest marlin and game fish catches, to substantial payouts, and great entertainment, we can’t think of a better way for sportfish yacht owners to spend their summer. Galati Yacht Sales and “Team Galati” is honored to sponsor these great summer sportfishing tournaments. As well as partake and attend the events while cheering on all of our customers. Let’s take a look back at our summer line-up of sportfishing tournaments and re-live the amazing moments and successes all of our customer and friends who partook in the festivities. 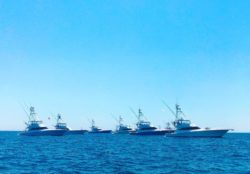 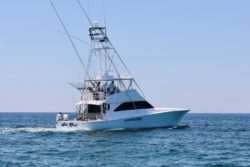 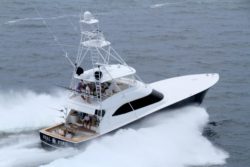 The second leg of the Gulf Coast Triple Crown was held in Sportsman Paradise, downtown Venice, Louisiana. Home of true world-class sportfishing and some of the best fishing grounds around. This tournament features a modified-release format for billfish species, along with big prize money for Blue Marlin, Tag or Release, Dolphin, Tuna, and Wahoo categories. Congratulations to our customers “Done Deal” a 70 Viking who came in first place with a 114” blue marlin weighing 535.5 lbs. Also, they scored a total of 2,035.5 points by angler Katie Gonsoulin which also scored her the award for Top Angler and Top Female Angler. First place blue marlin “Fleur de Lis” a 72 Viking came in with a 602.7 lbs. blue marlin totaling at 1,602.7 points!  Also, congratulations to “Team Supreme” for taking first place in the Dolphin category. This event is widely known for its awesome offshore bite, record-breaking fish, millions in cash payouts, exciting atmosphere, and great energy gaming and entertainment. Although weather wasn’t ideal this year for the Mississippi Gulf Coast Billfish Classic, the tournament still had a good turn out. Anglers made the best of the situation and scored some amazing wins. Big shout out to our Viking customers winning 1st place in the Tuna Category, “Quick Time” at 142.87 lbs. Also, congrats to “Snafu” receiving 3rd place in the dolphin category at 35.44lbs. Hurricane Hole Marina saw a great turn out this year at the Louisiana Billfish Classic with 34 teams competing for $407,000 in cash prizes. We wanted to congratulate “Crawgator” for placing first in the Wahoo and Dolphin categories. Also, congrats to “Breathe Easy” 68 Viking Yacht for placing 2nd in the Billfish Release category. This old school tournament held at the Wharf Marina in Orange Beach is well known for its camaraderie and fishing techniques of vintage Gulf Coast Big Game Tournaments. This year the tournament featured a new format; all catch and release, no live bait. Plus, a weighted scoring system was implemented. The strategy was crucial this year, with the main goal of weighing in a Tuna, Dolphin, and Wahoo. Plus, bonus points for releasing a billfish. The tournament this year saw a fleet of 24 boats for the sportfish division.

“Team Galati” 64 Viking Yacht enjoyed a great win at the Orange Beach Grand Slam Tournament! The grand slam consisted of a marlin, tuna, wahoo and dolphin category. Thanks to a great crew including Captain Chris Galati and Chris Galati JR, they were able to catch all species for the win! Team Galati weighed in a Tuna, Dolphin, Wahoo and released a white marlin, scoring extra points for the billfish release. Team Galati aboard a 64 Viking Yacht scored a total of 453.5 points and earned their spot in the tournament record books as the first-ever Orange Beach Grand Slam Champions. 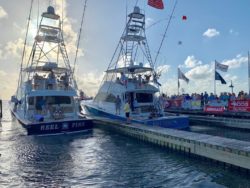 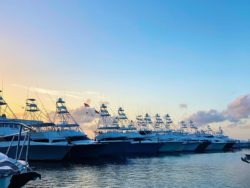 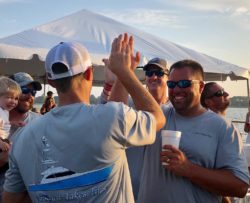 The ECBMC tournament is one of the highest-paid out and anticipated tournaments on the Gulf Coast. This year saw an 80 boat fleet and over 1.8 million in cash prizes; with a new record for largest payout to a single team. A big shout out goes to new record winners “It Just Takes Time” aboard a 62 Viking Yacht. Also, congratulations to “Done Deal” 70 Viking Yacht for placing 2nd in the Top Release Team category and first place in the Top Crew category. “Phen Syn” 74 Viking Yacht took home a 2nd place win in the Dolphin Category with angler and Galati Yacht Broker Artie Davenport with the winning catch. “Pair-A-Dice” aboard a 66 Viking Yacht won 1st place in the wahoo category.

Since 1970, the Pensacola International Billfish Tournament has become a known tradition in the downtown Pensacola area. The competition is filled with the best in fishing and substantial crowds. Also, memorable award celebrations of cash and prizes. This year saw a great tournament with many great wins. Congratulations to all anglers who participated. 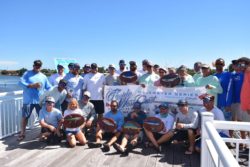 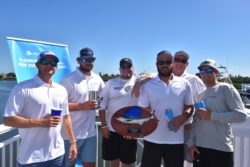 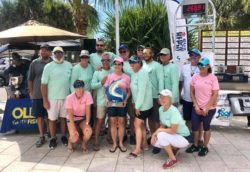 This year, we were excited to be hosting a tournament at our very own Anna Maria Marina. Galati Yacht Sales sponsored and held the first leg of the 2019 Florida West Coast Bluewater Series, the Billfish Series. Known as the iron man of Bluewater fishing, the Florida West Coast Tournament is a 3-part series expanding from Anna Maria to Clearwater. Big shout out to Ken Cummings on the 48 ft. Viking the “Hooker”, taking first place by releasing two blue marlins! Daniel Munyan on the 56 Viking “Twisted Bills” took 2nd place with the release of a blue marlin. Patrick Young on the “Seahawk” a 52 Viking won the biggest Swordfish. In all, it was a great turn out for the Galati Yacht Sales Billfish Blast! The 2019 Texas Lone Star Shootout is an Invitational Billfish tournament known for its great format, fun times, big payouts and contribution to charitable causes. This year the tournament saw a total of 53 boats compete and a total of 73 billfish releases. Not to mention, two Blue Marlin weigh-ins, and over $48K raised for the Houston Big Game Fishing Club.  Big congratulations to “Done Deal” aboard a 70 Viking Yacht who took home the award of overall tournament champions with owner Jon Gonsoulin and Captain Jason Buck scoring 1900 Points. With two blue marlin and two white marlin releases. Boats from all around the Gulf came to fish the White Marlin Shootout this year. Held in Pensacola, FL the White Marlin Shootout is known for top prizes going to the fishing teams who release the most white marlin, blue marlin, and sailfish. Congratulations to “Team Supreme” who brought in a 74.2 lb white marlin this year. We also would like to take a moment to remember Casey Hyman, owner of “Plumb Crazy”, who passed away earlier this year. He was a great customer, amazing fisherman, an asset to the tournament circuit, and pillar of the community. You will be missed.

Until Next Year! | Summer Sportfishing Tournaments

Summer 2019’s sportfishing tournaments saw some of the largest fleets, record-breaking wins, and amazing memories to cherish forever. We look forward to next year and what excitement and experiences await here on the Gulf Coast. For now, check out some upcoming tournaments such as the Los Cabos Tournament by clicking here. As we confirm 2020 tournament dates we will be adding them to our events page. Keep track of the 2020 tournaments dates by following our events page.