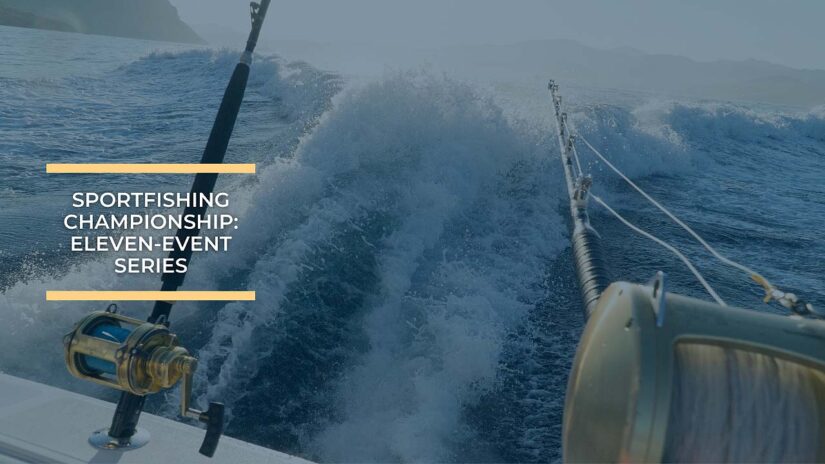 North America’s most renowned sportfishing tournaments unite to launch the first annual Sport Fishing Championship International Offshore series (SFC). This series is composed of eleven points-based sportfishing tournaments that will award one grand champion in the sport of offshore fishing. The announcement came earlier this year at the 68th Annual San Juan International Billfish Tournament, which will serve as one of the tournaments on the competition circuit in 2022. The SFC will connect eleven independent, established tournament events, creating a strategic alignment and ultimately establishing a top titleholder. The series represents one collective vision from each of the partnering tournaments that together hold more than 400 years of fishing tournament history.

The championship will award four winners based on the results from the eleven-tournament regular season, which features three “championship fish” competitions and a points-based billfish championship. Angling teams will earn points based on their placement in each qualifying event; plus will be awarded additional points for every qualified catch throughout the season. After the SFC’s regular season, the winning team in the Billfish competition will receive the prestigious championship trophy and substantial cash prize.

The season begins in April of 2022 and will travel across North America for five months, highlighting the following tournaments:

In addition, the SFC and CBS Sports have constructed an agreement to televise all SFC tournaments on CBS Sports Network, beginning with the ﬁrst regular-season event from Grand Isle, Louisiana from April 28-30, 2022. Viewers will be able to watch all of the live, high-stakes saltwater tournament action from the boats competing in the events from up to 200 miles oﬀshore. With millions of dollars on the line and an ever-changing playing field, the intensity, excitement, and adrenaline of chasing the world’s largest game fish can be a life-changing experience for captains, anglers, and now fans.

For more information about the SFC, visit SportFishingChampionship.com or follow on social @sportfishingchampionship.