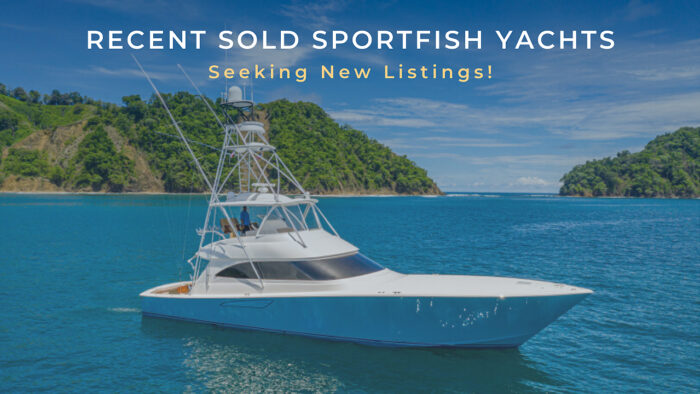 Used yacht sales continue to increase well into the summer months with no signs of slowing down anytime soon. Within one week, Galati Yacht Sales sold five sportfish yachts that were part of our brokerage program or listed as one of our trades. In search of a used sportfish yacht? View available yachts for sale by clicking the links below. We are actively searching for new listings as used inventory continues to sell fast. There’s never been a better time to sell your current yacht. With so many new boat deals going on including, Viking’s Summer incentives and our trade-in inventory, now is the perfect time to upgrade. Our knowledgeable and experienced sales and customer support teams are unparalleled in the yachting industry— selling more than 500 boats per year. Purchasing or selling, you owe it to yourself to experience the Galati Difference. Give us a call for more information on listing your yacht for sale 800-391-6691, or click the link below. 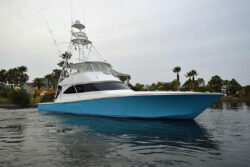 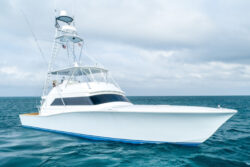 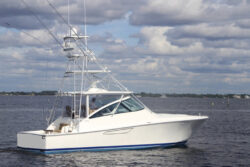 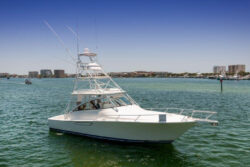 This 2000 65 Jim Smith closed on July 1st with the assistance of sales professional Craig Clark representing the selling party. The buyer was brought in by American Marine Brokerage. TRUE GRIT underwent a comprehensive refit throughout in 2015/2016. As a result, she is in immaculate better-than-new condition mechanically, structurally, and cosmetically— and totally updated inside and outside.

Our trade 2015 Viking 62 Convertible sold on June 30th in an in-house sale. Artie Davenport represented the buying party, and Carmine Galati Jr represented the selling party in the transaction. Our trade Viking featured $265,000 in options that were added in 2019, a Seakeeper, upgraded engine package, and much more.

MONO-LITHIC a 2013 Viking 42 Open sold on June 26th in an in-house sale with sales professional Eric Sass representing both the buying and selling party. Noteworthy features include a 2 KW Transducer with 40-degree ultra-wide views, custom fishing storage in hardtop, skyhook, 2 staterooms, tower, and much more.