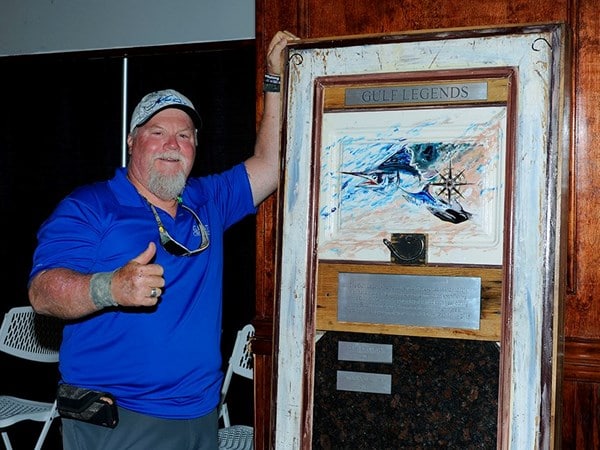 Dennis “Spanky” Hill’s father owned a marina where Spanky worked and helped remodel. He came in contact with “Galati Marine,” as we were known at that time when both companies were doing boat shows. After they completely remodeled their marina and sold it in 1993, Spanky knew Galati was his top choice for his next career. Spanky applied at Galati and interviewed with Joe Galati; two weeks later he became a Boat Rigger. Soon after, he was running the remodel of two marinas, Puerico, and Pine Avenue.

When Galati Yacht Sales became a Viking Dealer in 1996, Spanky was part of the crew who brought our very first fleet of Viking Yachts from New Jersey to our marinas.

After hard work and proving himself, Spanky oversaw the remodel of every Galati office and marina. Although his knowledge for remodeling and fixing up marinas was apparent, his love and passion for boat shows could not go untapped.

We hear the term “Spanky-fied” often. What does that mean?

“Spanky-fied” means perfection. At a boat show, the lines are coiled just right, the boats are detailed to perfection. Not a rug or chair out of place, and Galati flags and banner fly high and cover as much ground as possible. The perfection and persistence that Spanky put into the display, set the standard that we have today.

“Team Galati would walk down the docks at any boat show or tournament and be stunned by our representation,” says Spanky. “Joe and I would walk around every event and think of what we could do to take it to the next level. That was our mission between Joe and I. And year after year we did just that. It got to the point that we were winning first place awards at the shows, and we won a good amount.”

“Being with the company so long, they drilled into us the motto, ‘Always exceed your customers’ expectations’. When in reality it was always my expectation to go one step above that in every way possible.”

Spanky is also known for his amazing cooking. He would cook for all of the docks during tournaments and events. Making Spanky not only well known for his hard work on the docks but his delicious work on the grill! After years of his passion for Galati Yacht Sales and our customers, he soon became the most popular guy on the docks and still is to this day. In 2016, he won the Gulf Legend Award which is a huge honor, can you tell us more about that?

The Gulf Legend Award at the Blue Marlin Grand Championship in Orange Beach, Alabama is awarded to one individual who goes above and beyond. Not for just their organization but for their competitors and anyone who crosses their path. Tournaments can be competitive and stressful at times and this person brings the positivity and support across the board.

“It was an incredible honor to receive the award last year! It really was a huge surprise to me.”

Spanky is a shining example of what it means to be a part of “Team Galati”. As he has the team on his back. His passion for what he does and this company has inspired so many of us to enjoy life. Enjoy your passions and implement them into your work. Spanky is the definition of “exceeding expectations”. “Galati is my home. It’s the best thing that’s ever happened to me.”

“I feel like the entire Galati family is like my own family. I’ve been here to see most of the Galati kids born and grow up. Now they are in the company. I appreciate the respect that the 3rd generation has for me. It’s truly an honor to be working with them now.”