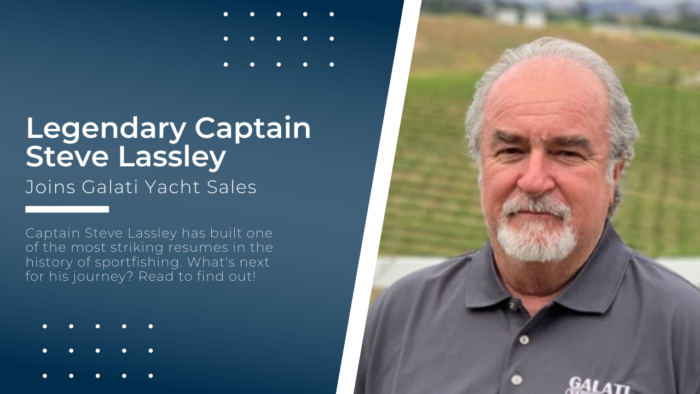 Captain Steve Lassley has built one of the most striking resumes in the history of sportfishing over the last 49 years. At the young age of 14, Steve began his fishing career as a deckhand aboard sportfishing boats out of Southern California. Shortly after high school, Steve obtained his swordfish commercial license, a commercial fishing boat, and sought out to dedicate his time to fishing; and dedication it was. For nearly half a century, Steve has spent thousands of days on the water as the captain of both commercial & sport fishing yachts, and operating tournament vessels up and down the West Coast. 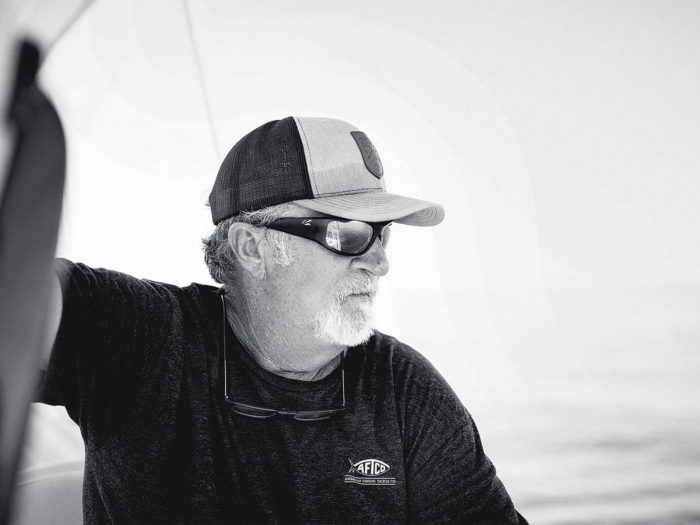 For the last 15 years, Steve Lassley has been the fleet captain for one of the most famous multi-boat operations in sportfishing history, Anthony Hsieh’s “BAD COMPANY” operation. Steve joined the “BAD COMPANY” team back in 2004 as one of the only captains to match Hsieh’s style of fishing. The style of which pertains to Southern California’s swordfishery. This type of fishing is based entirely on sight. Using only binoculars and satellite imagery to find swordfish. With added sonar and bottom-structure evaluation, Lassley perfected this style of fishing; which requires a lot of patience, precise boat handling, and precision casting by the angler.

This style of fishing mixed with the expertise of Steve and the dedicated work of the team, landed “BAD COMPANY” the biggest jackpot of all time at the 2006 Bisbee’s Black and Blue Marlin Tournament. 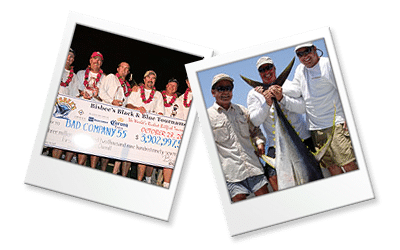 Sweeping the tournament by catching the largest fish each day, they won all daily jackpots plus first place totaling a whopping $3.9 million in winnings. Throughout Steve’s sportfishing career he has earned over $7 million in tournament winnings. Steve’s associated teams have accumulated over 25 first-place finishes and several sweeps plus 29 daily jackpots. Steve was also one of the first innovators to fish for Black and Blue Marlin with sonar and tuna tubes. Steve has always been at the forefront of embracing sonar and other innovative technologies.

Commercial and sportfishing aren’t all Steve has excelled at. He also spent his fair share of time designing custom products with Viking Yachts. On top of that, he has worked with many different types of boats throughout his career. His boating projects have included total refit/repowers on several vessels from 45’ to 144’. He thoroughly enjoys boat projects of every kind, especially those relating to performance and fishing applications. 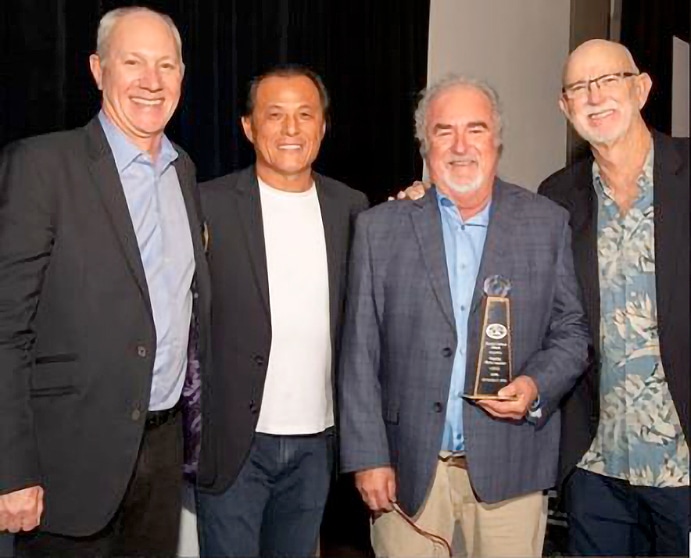 And, if that isn’t enough to intrigue you, Steve Lassley was also recently elected into the IFGA Hall of Fame for Legendary Captains and Crew, receiving the coveted Tommy Gifford award in 2018. The IGFA Fishing Hall of Fame recognizes extraordinary achievements in recreational fishing around the world by anglers, captains, scientists, conservationists, writers, or fishing industry leaders. Each Hall of Fame member is honored with a plaque in the IGFA Fishing Hall of Fame; located at the Wonders of Wildlife National Museum and Aquarium in Springfield, Missouri.

Captain Steve Lassley is also the past President of the California Association of Harpoon Swordfisherman, a previous member of the Highly Migratory Species advisory panel for N.M.F.S. He was a columnist with B.D. Outdoors which featured articles about Steve’s experiences on the water.

Not many others in the world of sportfishing can even come close to the captivating resume of Captain Steve Lassley. When asked what is next for him, he responded by saying, “It’s time to take a step back, and give back to the community.” Steve’s latest venture involves joining forces with Galati Yacht Sales as a professional yacht broker out of our Cabo San Lucas and West Coast Offices. Steve will also take part in tournaments alongside Galati and the production of demo boats.

When asked why he decided to go the yacht broker route, Steve replied, “I want to pass on what I’ve learned to as many people as possible. I’ve spent thousands of days on the water and have been hands-on with many different boats. I would love to pass on my knowledge and experience to hardworking, upcoming captains and first-time buyers.”

“Creating a one-on-one relationship with customers is important and especially listening to what works for them is key to honing in and helping clients find the right boat. One that satisfies their needs and gives them everything they want. If they need help after the purchase for any reason I’m just a phone call away.” When asked why Galati, Steve replied, “their values parallel perfectly with mine. They are a family-oriented business that is honest, hardworking, and they excel at what they do. Galati was an easy choice for me with its huge service staff and a great reputation! I’m excited for what the future has in store!”

Steve will be operating out of Cabo San Lucas and our West Coast Offices. With countless hours spent out on the water and experience with many different types of boats, there is no doubt that Steve will be able to find you the boat that fits best for you. You can contact Steve Lassley for any boating needs by clicking the button below.