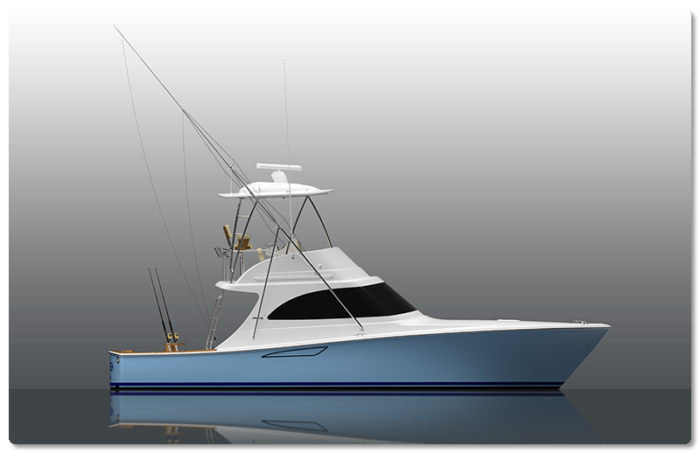 The Viking Yacht Company is proud to announce the addition of three new boats to its industry-leading sportfishing fleet: the 38 Billfish, 38 Open and 46 Billfish.

The 38 Billfish is an evolution of the highly successful 37 Billfish and another example of Viking faithfully carrying out its mission to build a better boat every day. Galati Yacht Sales will have a 38 Billfish in stock after the Miami Boat Show in February.

Furthermore, Viking Yachts 38 Billfish was designed and built with the same DNA as its predecessor. As owner/operator vessels, they offer simplicity and ease of maintenance, serving as ready-to-go fishing machines as well as versatile cruising boats with reliable inboard diesel power.

Similar to her convertible brethren, the 38 Billfish’s flybridge is designed with a tournament-style center console walk-around helm. One helm chair is standard and two are optional

Additionally, the 38 Billfish’s command deck holds a salon-like living area that includes a port-side U-shaped dinette and a fiberglass hi-lo table. The cockpit is the largest in its class-109 square feet with mezzanine seating. Below, there’s a large forward stateroom available with either a single queen bed or optional crossover bunks and two hanging lockers; An L-shaped galley; and a head with enclosed shower.
The 38 Billfish and 38 Open shares the same hull, cockpit and have a similar mechanical arrangement but differ in command deck and bridge configurations.

The 38 Open’s command deck also has ample seating, with port and starboard L-shaped lounges and storage below. A raised centerline command station gives the driver excellent sightlines. Accommodations include a forward stateroom with a lower double bunk and upper single and a hanging locker; a starboard-side sofa with storage; a port-side galley; and a head with enclosed shower.

Soon to join the 38 Billfish and 38 Open is the 46 Billfish, another exciting new model with sharp styling, exciting performance and legendary Viking quality. During the 37 Billfish’s 2-year run of success, demand grew for this style of a Viking in a larger size. “The 46 was a natural progression for the Billfish,” says John Leek IV, General Manager of Viking Mullica where the Billfish series is being manufactured. “Our customers really grasped onto the philosophy behind these boats.”

The 38 Billfish will make her debut at the Viking VIP, hosted by the Viking Yacht Service Center in Riviera Beach, Florida, February 1st and 2nd. Introductions of the 46 Billfish and 38 Open are slated for later in 2019. Both will debut during the fall boat show season.

Specs of the 38 Billfish: 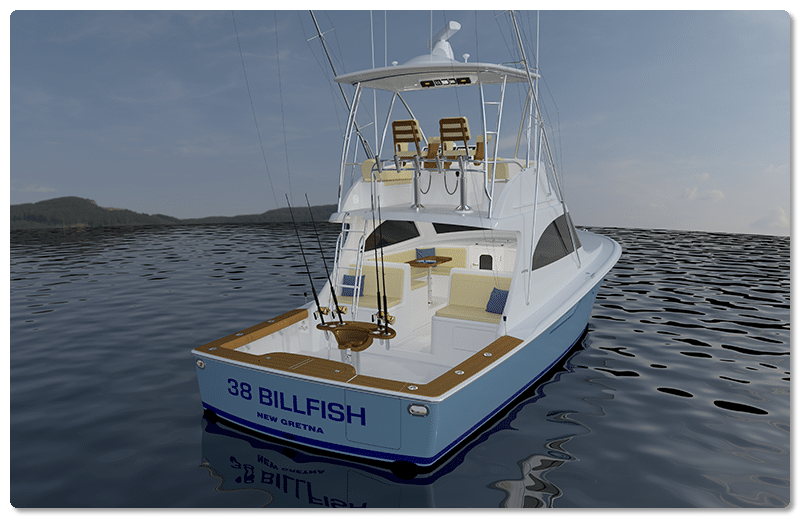 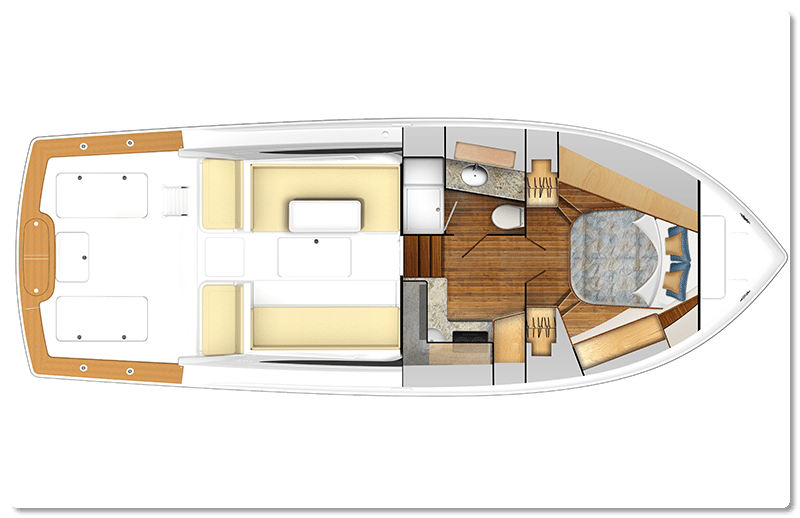