Paul Mann has humble origins; as a young child on the banks of North Carolina, he grew up using all types of vessels and enjoyed boat-related activities. Boating has always been a large part of Mann’s life. He had already received his captain's license at the age of 20. To begin his company, Paul Mann started by building a boat in 1988.

Mann’s experience designing boats and yachts show through his attention to detail. He knows what makes a high-quality seaworthy boat. In its 40,200 square-foot facilities, Mann Custom Boats has been creating 30 years’ worth of beautiful, sturdy personal vessels.

It’s no wonder why Paul Mann was given the accolade of one of the “Best Sportfishing Boats of All Time” by Salt Water Sportsman Magazine. Mann Custom Boats merges the traditional with innovation. Each boat has either a jig or a wooden plank-on-frame core with plywood overlay, a traditional technique, as its core. Use of tricel, honeycomb, decolite, and foam--considered unconventional materials for boat building--is what sets Mann's boats apart from other manufacturers. Customization does not stop there; depending on the uses you describe for your boat, Mann will tailor the “convexity” of your hull, whether it be for optimal fishing, cruising, or speed performance.

There are distinctive features to an original Mann boat; each comes with the large bow Mann boats are known for, and his original window cut and is also known for craftsmanship when it comes to wood. Paul Mann is one of the most decorated woodworkers in his field.

These boats are not just high performing. Customer satisfaction is of the utmost importance for Mann, which is why the company only works on three yachts at a time and each interior is entirely up to the consumer, who becomes part of the boat’s design team so that each vessel reflects the owner’s imagination and style.

Their motto is “only the best can be Mann made," and that certainly holds true. It is difficult to find another manufacturer who would put as much effort into creating a personalized vessel for the quality of the work Mann and his team provide.

Paul Mann learned from the best of the Outer Banks masters: Omie Tillet, Buddy Canady (Capt. BC) and Sonny Briggs, to name a few, and from them, he gained an understanding of the various techniques of boat building. After 30 years, he has added his methods to that tradition, joining the ranks of the great master craftsmen. 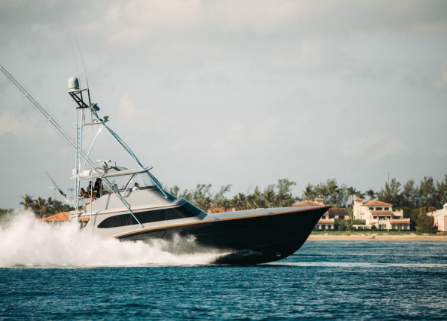