The first in the Princess R line of performance sports yachts, the all-new R35 is a perfect marriage of style and performance, designed with power and handling in mind. 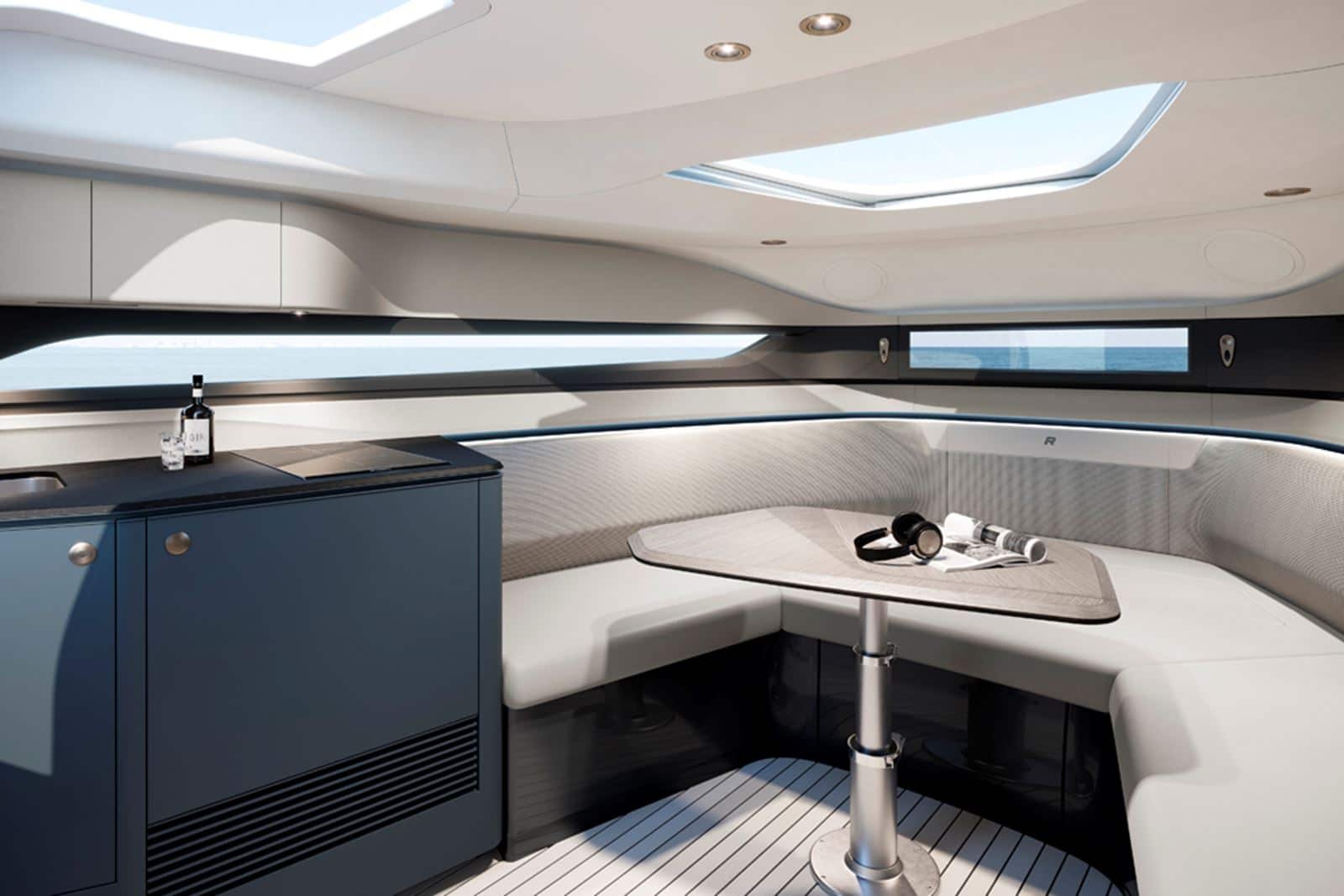 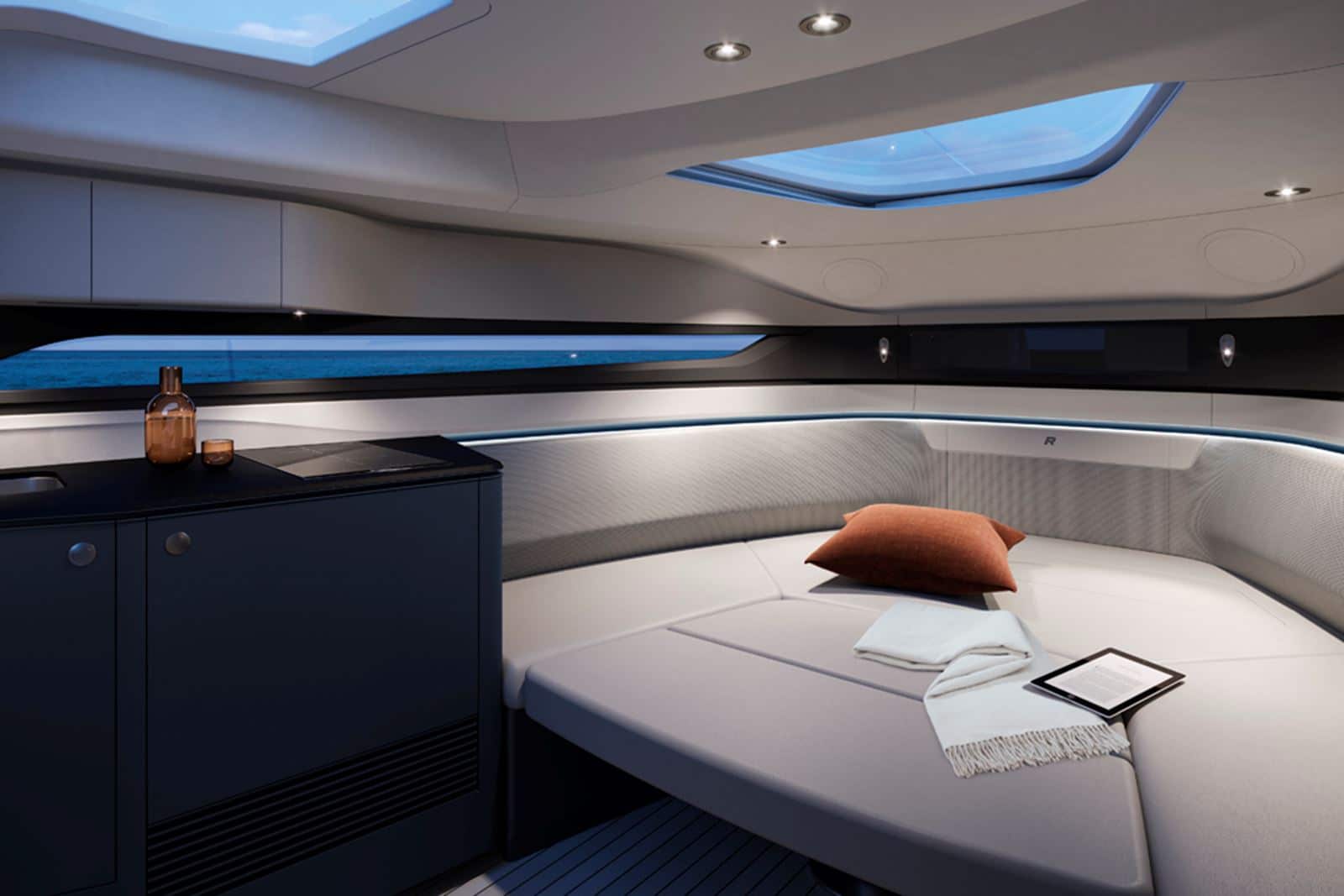 The R35 was “unwrapped” and made her world premiere at Cannes in September 2018. Why the secrecy? This new generation of sporting yacht and Princess didn’t want anyone to steal her thunder. Built in collaboration with Ben Ainslie Racing (BAR) Technologies and Italian design firm Pininfarina, the R35 is Princess’s response to the need to broaden the company’s scope and offer something unique and completely unexpected.

Below deck, the open plan includes a compact galley with a two-burner stove, sink, and cabinet space. A seating area with adjustable table converts to a V berth, and a separate head has a toilet and sink.

Be the first to experience what Princess is calling an entirely new class of yacht, the R35. 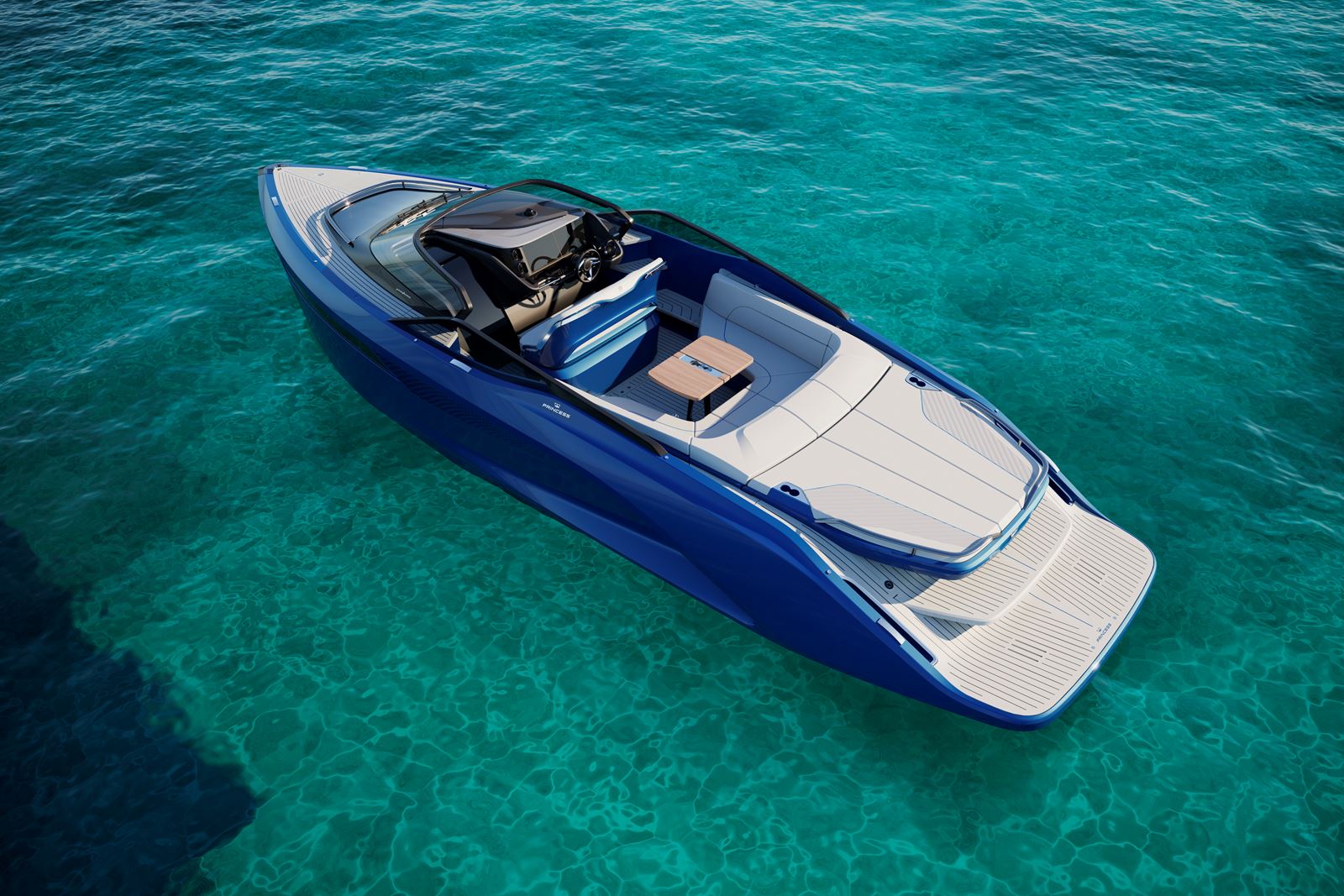